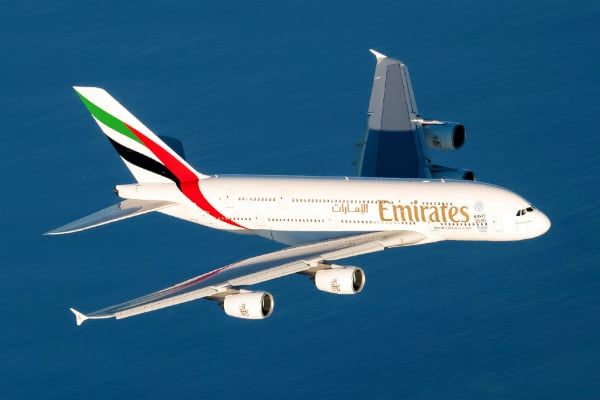 European plane manufacturer Airbus is reportedly relying on a deal with Dubai airline Emirates in November to extend the life of its A380 programme.

Bloomberg cited sources as confirming outgoing marketing chief John Leahy is seeking to secure orders by the Dubai Air Show, including a deal for 20 superjumbos worth $8.7bn with Emirates.

Other smaller sales, ranging from five to 10 planes, with British Airways owner IAG, Japan’s ANA Holdings and Thai Airways are also expected but the Emirates deal is deemed crucial to extending the programme.

Should Airbus fail to receive new orders the company will reduce output to less than one A380 a month, likely indicating the death of the programme, the sources said.

Read: Emirates has no current plans to buy additional A380s

Leahy, who announced his resignation in May, is convinced the A380 can remain viable for years to come in fast growing markets and is said to have delayed his departure to focus on talks with Emirates.

The carrier is reported to be evaluating an upgraded version of the jet called the ‘A380 plus’, which was revealed at the Paris Air Show in June. The new design adds fuel saving winglets and revises the layout to accommodate 80 more people.

However, Airbus could still be forced to reduce production if Emirates opts to delay orders due to overcrowding at Dubai International.

Airbus has handed over 213 A380s to date, including more than 89 to Emirates, but a lack of orders has left the future of the programme in doubt.