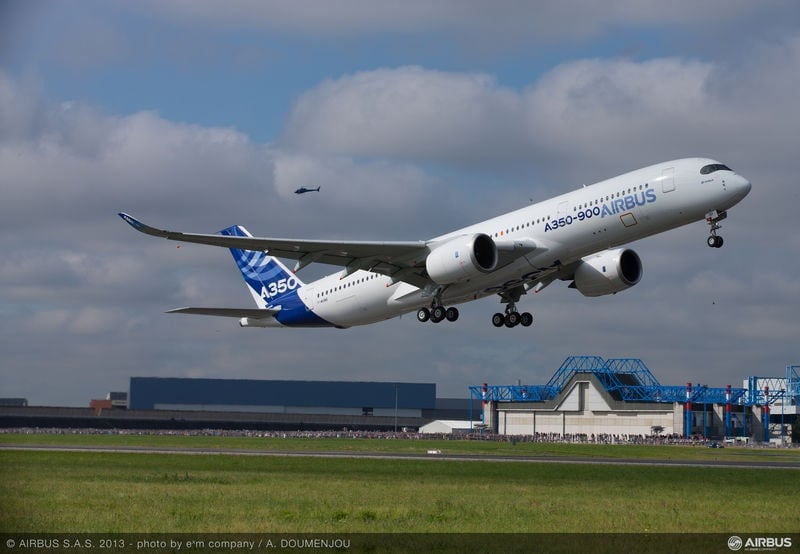 (First pictures of the aircraft.)

The A350 took off from Blagnac airstrip in France’s Toulouse and landed back, safely, after a four-hour trip. An international crew of six was on board, including two pilots, one test flight engineer and three flight test engineers.

The first flight is the beginning of a test campaign that will total around 2,500 flight hours with a fleet of five development aircraft. The successful completion of the flight testing will lead to the certification of the A350-900 variant by the European EASA and US FAA airworthiness authorities, Airbus said in a statement.

The aircraft, a direct rival to US-based Boeing’s 787 Dreamliner, boasts a wider cabin than the Boeing 787 and, powered by Rolls-Royce Trent XWB engines, is 25 per cent more fuel efficient than Boeing’s 777.

The Dreamliner, which was recently grounded due to several technical faults, is still popular among international carriers, including Qatar Airways in the region.

The Qatari airline has also been confirmed as the launch customer for the Airbus 350.

The A350 XWB product line comprises three versions seating between 270 and 350 passengers. Airbus has already won 613 firm orders from 33 customers worldwide for the new plane and expects to begin delivery to customers by the end of 2014.