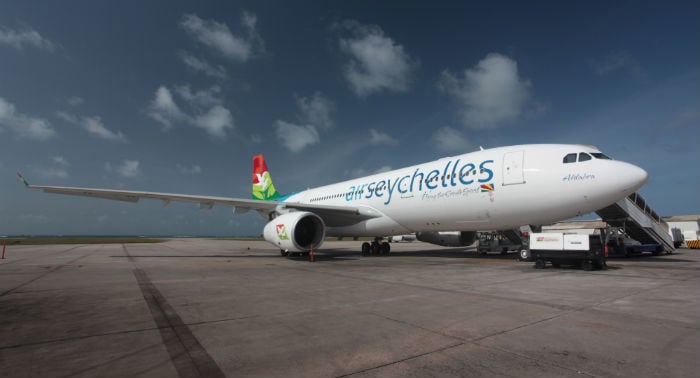 Air Seychelles has posted first half revenues of $42.05 million, more than double the $18.76 million recorded in the corresponding period last year.

The figures reflect the impact made by equity partner Etihad, and mirrors Qantas’ financial improvement following its global partnership with Emirates. Second quarter revenues totalled $26.03 million, up from $10.87 million in 2012. In the first half of 2013, passenger numbers grew by 44 per cent to 146,980.

Air Seychelles’ CEO, Cramer Ball also attributed the positive results to the airline’s international expansion after taking on a second Airbus A330-200, and greater revenue contributions from its 22 other codeshare partners, which include airberlin, South African Airways and Czech Airlines.

“We are creating a solid foundation for the future of our airline, Seychelles tourism and our home economy, and we are on track for a second year of profitability,” he said.

Air Seychelles cargo handled 2.37 million tons in the first half and cargo revenues rose by $3.57 million to $5.32 million.

The increase in cargo volume was attributable to the boost in underfloor freight capacity provided by the second Airbus A330, the airline’s new through-service that connects Hong Kong to Johannesburg via Abu Dhabi, and developing markets in Paris and Milan. The airline also introduced a domestic cargo product in May.