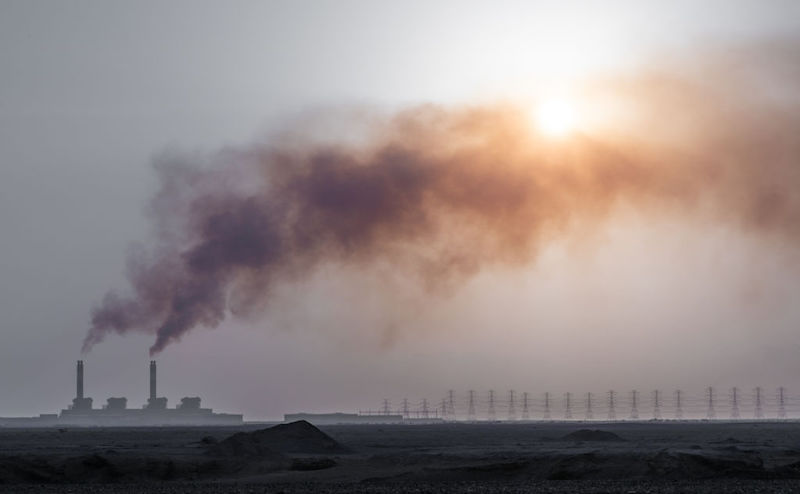 Air pollution from burning fossil fuels is generating economic losses of $8bn a day, according to a Greenpeace report.

That’s about 3.3 per cent of global gross domestic product, or $2.9 trillion per year, according to a report from Greenpeace Southeast Asia and Center for Research on Energy and Clean Air.

China, the US and India bear the highest economic cost of soaring pollution, at an estimated $900bn, $600bn and $150bn a year, respectively.

Air pollution continues to harm billions of people on a daily basis, despite efforts by some countries and companies to push for greater use of renewable energy and cleaner fuels. Burning coal, oil and gas causes health issues, potentially leading to 4.5 million premature deaths around the world each year, with 40,000 children dying before their fifth birthday due to the exposure to fine-dust particles smaller than 2.5 micrometers, known as PM 2.5, Greenpeace said.

“Every year, air pollution from fossil fuels takes millions of lives, increases our risk of stroke, lung cancer and asthma, and costs us trillions of dollars,” said Minwoo Son, clean air campaigner at Greenpeace East Asia. “But this is a problem that we know how to solve, by transitioning to renewable energy sources, phasing out diesel and petrol cars, and building public transport.”

Phasing out existing coal, oil and gas infrastructure and transitioning to renewable energy is required to avoid the worst impact of climate change, Greenpeace said. In the absence of efforts to curb greenhouse gas emissions, the earth could warm by 2 degrees Celsius by 2050, cutting global GDP by 2.5 per cent to 7.5 per cent, Oxford Economics said in a November report.

The financial cost of dealing with polluted air is the result of respiratory and non-communicable diseases, as well as an economic valuation of the years of life lost through premature death, Greenpeace said. Deaths of children and young people bring an economic cost through lost contributions to society and economy, which can be large, it said.

Compared to other pollutants such as ozone and nitrogen dioxide, the PM 2.5 leads to the greatest health impact and cost due to increased work absences, while nations with large populations typically have a heavier absolute cost burden, according to the report. In 2019, about 91 per cent of the global population lived in places where levels of air pollution exceeded guidelines set by the World Health Organization.