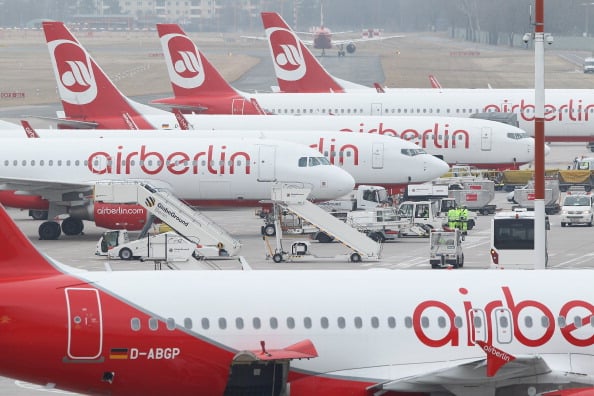 Creditors of insolvent Air Berlin have decided to sue former parent Etihad Airways for damages over its decision to withdraw funding in August, which sent Germany’s second-largest airline into administration, a person close to the matter said.

The creditors have asked the administrator to find a firm to finance the planned litigation, the person also said. Air Berlin and the administrator declined to comment. Abu Dhabi-based Etihad was not immediately available for comment.

The administrator had said he was assessing possible claims against Etihad that could potentially reach more than EUR1bn, arguing that Etihad did not meet its financial obligations towards Air Berlin, once Germany’s No.2 carrier.

Etihad owned a 29 per cent stake in Air Berlin and had been providing funding since becoming a shareholder in early 2012. In April 2017, Etihad sent a letter of support to Air Berlin, saying it would provide funding for the next 18 months.

But in August, Etihad said it would no longer provide funding, saying Air Berlin’s business had deteriorated at an unprecedented pace.

The German government stepped in with a EUR150m ($185.96m) bridge loan to keep Air Berlin’s planes flying and prevent thousands of travellers from being stranded while it sought a buyer. That loan takes precedence over other creditors.

Air Berlin’s assets have since been divided up between Lufthansa, easyJet and former motor racing champion Niki Lauda.

However, the government loan seems unlikely to be repaid in full, leaving other creditors out of pocket too.