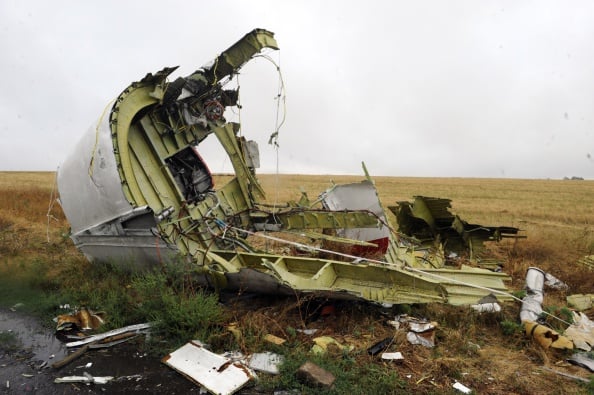 The mysterious disappearance of the Malaysian Airlines Flight MH370 in March set off a chain of aviation disasters that are making 2014 the deadliest in history in terms of civilian aviation losses.

The rising number of accidents has also set bills soaring for aviation insurers across the world, with firms looking at annual losses worth $2 billion this year, media reports suggest.

This, in turn, will make the year 2014 the most expensive year for the aviation industry post 9/11, which caused a hike in aviation insurance premiums.

Political tensions in various pockets of the Middle East and Russia coupled with recent attacks on airports in Pakistan and Libya could also cause premiums to rise, according to industry experts.

Such incidents have driven up claims on the war risk category, which covers physical damage to planes from hostile acts, to $600 million in just the last five months, The New York Times recently reported.

A report by the ratings agency AM Best also predicted a surge in war risk premiums by insurers due to losses from global conflicts.

“For a number of years, abundant capacity has placed considerable pressure on pricing, as well as terms and conditions, across all aviation lines. at the beginning of 2014, rates were significantly below peak levels,” the report said.

“In spite of a number of large losses in recent years the market has remained profitable, largely due to the positive development of prior year claims reserves, and competition remains fierce.

“Three consecutive large losses this year — the disappearance of Malaysia Airlines Flight MH-370, hull losses due to fighting at Tripoli airport and the downing of Malaysia Airlines Flight MH-17 — should now halt the decline in aviation rates. However, increases will be constrained by the high level of capacity serving this market,” the report added.

AM Best did not paint a rosy scenario for the war risk market.

“For the niche aviation war risk market, losses this year will considerably outweigh premiums written and insurers are expected to react with substantial rate increases. The rate increases will be constrained by the high level of capacity serving the aviation market.”

In an interview with The Actuary magazine, global insurance firm Willis’ head of transportation broking and chief executive of Aerospace estimated that hull war rates could rise as high as 300 per cent due to the recent disasters.

Hull war risk in the aviation industry, given to cover damage, is calculated based on the value of the craft.

“At present, the market is trading at well over 500 per cent loss ratio. As such, we do anticipate that aviation hull war rates will rise across the board. Coverage for operations into high risk zones is likely to come into sharp focus with a significant increase in war hull and liability rates.”

Given the string of recent incidents, hull war rates could increase over the short-term though the level of increase will depend on the amount insured.

However, the impact on the all risks market is more complex to assess.

WHAT ABOUT THE GULF?

Although some of the regional carriers in the Gulf are now the leading aviation players, the majority of risks for the main airlines in the region are reinsured in the international aviation insurance market.

“Aviation insurance is a niche specialty class of insurance and due to the high limits involved, it also requires significant capacity,” said Tajer.

“In addition, as a niche market, aviation expertise is limited. Insurers that actively participate within the aviation insurance market have invested significant resources in systems and training enabling them to compete effectively and continually,” he added.

However, a lack of expertise in the region and capacity constraints in the industry have affected the aviation insurance sector’s growth regionally though it might be beneficial for insurers’ book of business to diversify into the field, experts said.

“The ability to grow the aviation insurance sector would also require significant investment in both the talent and infrastructure required to underwrite this class of business,” Tajer said. “Also due to the specialist nature of aviation insurance, there are very limited numbers of participants that retain any risk.”

Recent losses could also impact profitability in the coming months.

“The recent string of losses would have impacted the airline book in particular, which in turn may depress capacity. The lack of investment opportunities elsewhere due to the continued stagnation in some of the capital markets will limit the amount of capital that may be redeployed elsewhere from the aviation insurance market,” said Tajer.

However, with overall premium rates set to rise, the market might return to profitability sooner, than expected.

“The continued success of the key market players is required by the major aviation players who would not be able to operate without the support of the market.”