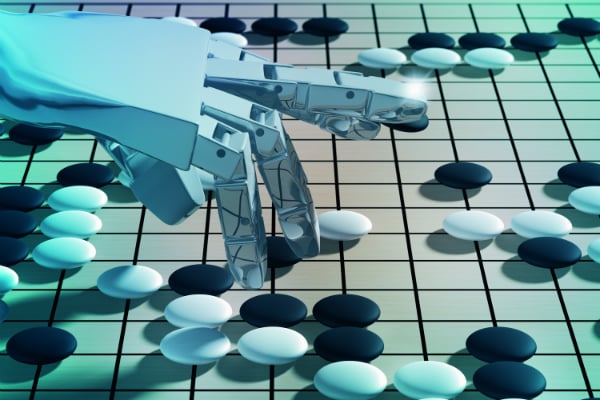 Ke Jie was dumbfounded. He had just been defeated in the ancient Chinese board game of ‘Go’ by ‘AlphaGo’, Google’s artificial intelligence (AI) programme.

‘Go’, he reasoned, was not like other cerebral games such as chess. It had an incomputable (10 to the power of 170) number of move options and also required human instincts like intuition, which was thought to be beyond the reach of artificial intelligence systems like AlphaGo after it regularly lost to even mid-level players. But on that day in May 2017, AI technology had made enough advances to defeat the best player in the game.

This event was hailed as a milestone for artificial intelligence. What was remarkable was that AlphaGo learnt the game by competing against itself without any human intervention. This was a successful attempt at machine learning, which means ‘the science of getting computers to learn or improve performance using just data and no explicit programming’.

This success has given hope that machine learning could be taken further to solve complex human problems too.

While AlphaGo got a lot of publicity, a revolution was already taking place, led by Google, Amazon and Microsoft. They were in a race to create AI platforms that can not only be used by themselves, but third party developers too, which can help other companies deploy their own AI systems.

Businesses from restaurants to retail show rooms to hospitals can use AI systems to enhance the services they provide. This has the potential to impact sectors as varied as retail, healthcare, transportation, education, and many more. The GCC region, like the rest of the world, is not immune to this massive disruption that is about to occur. Whether it is training employees on these AI systems or encouraging AI start-ups (AlphaGo was made by ‘DeepMind’ a start-up acquired by Google), GCC countries have their work cut out.

While productivity levels are expected to go up and new jobs will be created, there could be job losses as well. Hence, it is important to analyse the impact of AI on different sectors of the GCC economy.

The UAE has already started using AI and machine learning in the field of education. The Knowledge and Human Development Authority (KHDA), Dubai’s regulator, is working with a start-up called Nexquare in using AI and machine learning to predict students who are at risk of dropping out, the employability of graduates and even a teacher’s chances of success in a school.

The machines use a variety of data like a student’s socioeconomic background, behavioural issues, scores, attendance, and more, in forming patterns that will be used to make predictions. Data analytics and machine learning can help prepare students to succeed in the knowledge economy.

The other industry where the impact of AI has been reported widely is the transport sector. In this sector the UAE – and especially Dubai – can be termed the world’s leader, and a number of AI-based transportation projects are in the works.

One such project is the joint venture between the Roads and Transport Authority (RTA) and Emaar Properties to run autonomous vehicles between the Dubai Mall and Boulevard areas of Downtown Dubai. The system will use smart interactive systems for coordinating vehicles and traffic signals.

Dutch technology firm ‘2getthere’ has announced that its automated vehicle system that will link Bluewaters Island in Dubai with the city’s network of metro stations passed its operational test, aiming to be operational by 2020.

These and other developments could be beneficial as they run on clean energy thereby reducing carbon footprint. The flipside to this would be loss of some jobs, such as drivers.

In the health industry, AI can be used for automating and optimising hospital operations, automating diagnostic tests and making them faster and more accurate.

In addition to automated tasks, IBM’s AI system, ‘Watson’, acts as an augmented intelligence by assisting doctors in diagnosis by providing them with the vast information available publicly that the doctor cannot always remember. However, Watson has been met with criticism for certain issues that were caused by the unavailability and poor quality of data.

Hence, GCC countries should invest in forming a national health database to make the best use of AI in the healthcare sector. Saudi Arabia has realised this and has set a target of registering 70 per cent of its population with unified health records by 2020. This will enable better diagnosis of diseases prevalent in Saudi Arabia and the GCC region.

The ability to automate routine or menial tasks in labour intensive industries will bring about the largest gains in the initial stages. This will be very effective in the retail industry by automating warehouse and store operations and the optimisation of merchandising. This will be a positive for GCC countries as they can reduce their dependence on unskilled foreign labour.

A recent innovation using AI in this sector is Amazon Go, the checkout free convenience store where customers don’t have to stand in long queues. Customers’ Amazon accounts are automatically charged as they leave the store. This can have the largest impact in Dubai, which is fast becoming one of the world’s most popular shopping hubs.

Artificial Intelligence is going to play a major role in the global and GCC economy. It will make sectors like retail, health, education and transportation more efficient and free up resources to focus on tasks that require more intellectual abilities. And while AI will make certain jobs redundant, the consensus is that it would alter job prospects rather than eliminating them.

AI needs to be embraced as much as possible for improving productivity and also retraining people who might be affected by this disruption so that they find other jobs. Increasing the society safety net through the economic gains resulting from AI adoption could also be necessary.