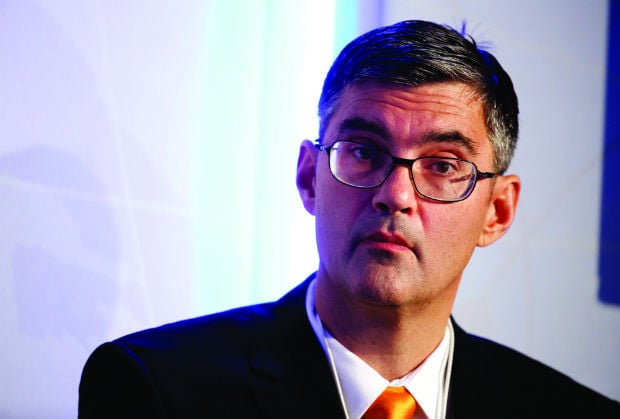 Tarek Sultan’s journey has been far from clear-cut.

Born a member of Kuwait’s powerful Sultan family, owners of the country’s largest independent retailer the Sultan Center, he felt no inclination to become part of the family business.

In fact, as the Agility vice chairman and CEO recalls in a rare in-depth interview, his career was at one point moving in quite a different direction.

“When I first started going through my educational career, it wasn’t something on the horizon. In fact, I was thinking one time maybe I was going to go to medical school.”

It was only by chance, when working for an investment bank after graduation, that the wheels of fate turned.

Having encouraged companies in the Middle East to focus more on privatisation and helped family businesses change their legal structure to public shareholding companies, Sultan was presented with an opportunity in 1997 he couldn’t afford to turn down.

“Through that experience, one of the transactions that we helped originate and advise on was the acquisition of a 20 per cent stake in Agility, which was at the time called Public Warehousing Company, by the National Real Estate Company,” he says.

“As part of that transaction deal I came here and moved out of the companies, totalling KD1.36bn in annual revenue and boasting operations in around 120 countries.

But there has also been some controversy on the way.

Iraq to the World

Agility’s rise, according to some reports, can partly be attributed to its role during the US invasion of Iraq, where the company was awarded large supply contracts by the US military.

While Sultan doesn’t “entirely” agree with this assessment, he says it’s clear that customers – be they governments, military or commercial – chose the company because it had “invested a lot of capital and took a lot of risk in developing infrastructure in the emerging markets”.

“We started early and we went quickly and, of course, we benefitted from some of the holistic contingency that took place in the region. But that’s just the nature of our business,” he says.

As with the conflict itself, Agility did not avoid its own share of controversy, facing allegations, it has denied, that it overcharged the US army by billions of dollars in supply contracts.

In August 2014, Agility said the US Department of Justice was seeking “substantial damages” and that it continued to be suspended from bidding for new US government contracts.

No progress has been made with a settlement. Sultan remains tight-lipped, saying little other than “the matter is still in the courts.”

For its part though, Agility does not appear to have been hindered by the US military snub.

Last October, it won an $82.5m contract with the UK Ministry of Defence to manage household moves for ministry and armed forces personnel.

While some of its largest deals have been with US and western companies, including contracts to support the $13.9bn Papua New Guinea Liquefied Natural Gas Project and a two year deal with Chevron Australia in 2012, worth nearly $200m to provide supply bases and road transport support for the massive Gorgon natural gas project.

Now Sultan is seeing expansion in Africa and positive global headwinds from the oil price slide as the next opportunities to grow his business.

While countries and oil companies in the Middle East may be feeling the squeeze on their budgets from the current oil price volatility, it could mean good things for Agility, Sultan believes.

“We think our strategy is well placed, we are well positioned globally to benefit from global growth that could be positively impacted from lower prices of oil. I think the large-scale producers are going to continue to invest heavily in their projects and that’s something we have a very strong track record in doing.”

Referencing back to the Papua New Guinea and Australian projects, the CEO is now eyeing Africa as the next port of call for similar opportunities, he says.

In February the firm said it would spend up to $100m on expansion plans in 2015, with Africa the main target for investment.

Among Sultan’s plans for the continent this year is the establishment of a series of industrial parks in Ghana, Mozambique, Nigeria, Angola and Tanzania – the first of which was announced in January.

The Ghanaian facility, spanning 40-acres in the Tema Port Free Trade Zone in Accra, is designed to create a local logistics hub from which distribution can take place. The first phase of the project will be operational in Q4 and include 100,000 sqm of bonded and non-bonded warehouses, with ancillary services, when fully occupied.

“We are investing in logistics assets and nodes throughout Africa. We have five projects that we’re doing this year and we are going to expand that to 20,” Sultan reveals.

“We’re going to be doing large scale logistics parks where we provide water, electricity, IT connectivity and everything that a modern company would need to operate effectively in Africa, in the hopes that it will be easier for our customers to invest themselves in Africa. I think that’s going be a booming business for the next 10 to 20 years.”

Outside of the continent, Sultan believes Agility’s network in 120 countries means further expansion is off the cards, with the firm’s strategy more focussed on growing its existing businesses.

Although, with that said, the Agility CEO admits there are opportunities across the water in Iran, should sanctions be lifted, and an opening may not come in the form many would expect.

At the end of last year, Agility’s local subsidiary in the UAE signed a MOU with Etihad Rail, the company tasked with constructing the Emirates rail network, to use its rail services for distribution in the UAE and wider GCC.

The UAE network is part of a larger project connecting all six GCC states via 2,177km of track, although uncertainty surrounds whether it will be completed by the 2018 deadline.

When it is eventually completed, Sultan believes the network will be a boon for Agility and the region, providing a means to ship containers overland across the Gulf. But he also suggests there is room to go further, enhancing the region’s connectivity with the rest of the world.

“For example, if you were to complete the railroad from the GCC all the way up into Iran, you’d have the ability to transport products all the way to China by rail,” he says.

“That would be an ambitious but an unbelievable outcome for everybody if we’re able to achieve that.”

Rail ambitions aside, construction of the African industrial parks is expected to help diversify Agility’s business, following a 1 per cent revenue decrease last year, from KD1.38bn to KD1.36bn.

This was partly due to a 6 per cent reduction in revenue from its GlobalIntegrated Logistics (GIL) division, which declined to KD1.06bn.

“It would be fair to say that the industry had a muted performance last year in general, and you can clearly look at the results of the supply chain community to get a picture of how that is,” says Sultan.

“We are fortunate in that our business is much more diversified than some of our peers, that we have the infrastructure business we invest in alongside our logistics business. That business is growing very quickly and becoming increasingly more profitable.”

Looking ahead, Sultan says he expects Agility’s EBITDA to grow, although on revenue in particular he gives nothing away.

“I think we are confident we will be able to do so irrespective of where the revenue equation ends up. But if you ask me, I do expect there to be some growth this year because with lower prices of oil you’re likely to see a positive impact on growth globally.”

But despite positive momentum in the financial department, the CEO is not prepared to rest on his laurels quite yet, particularly given the
rise of a new disrupter in his home markets – e-commerce.

“We see e-commerce as a tremendous opportunity for our company. We have to be smart in the way we approach it, but we have the infrastructure, we have the replenishment ability with the distribution and more and more e-commerce players are looking for help with their replacement,” he says.

“Now we just need to come up with a coherent strategy for how we approach all of these new opportunities.”