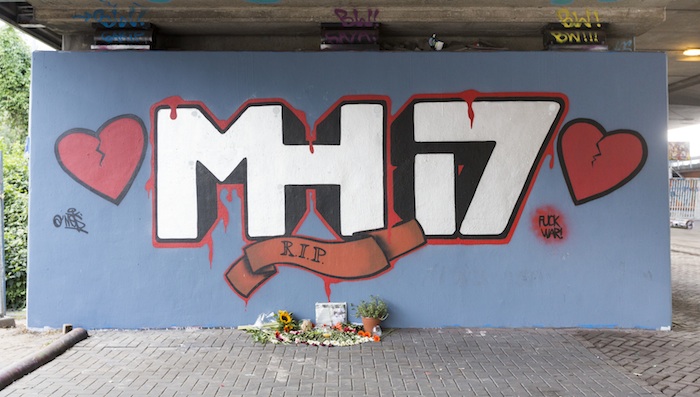 The tragic shooting down of Malaysia Airlines flight MH17 over Ukraine on July 17, which killed all the 298 people on board, has shocked the airline community and brought sharp international focus on the issue of flying over conflict zones.

Bound for Kuala Lumpur from Amsterdam, a ground-to-air missile hit the airline when it was flying over war-hit Eastern Ukraine, where pro-Russian rebels are battling the Ukrainian government.

Airlines across the world including Dubai-based Emirates and German flag carrier Lufthansa have called for a summit to discuss and review risk assessment for airspace.

Tim Clark, president of Emirates, told Reuters: “The international airline community needs to respond as an entity, saying this is absolutely not acceptable and outrageous, and that it won’t tolerate being targeted in internecine regional conflicts that have nothing to do with airlines.

“If you go east to west or vice-versa between Europe and Asia, you are likely to run into areas of conflict,” he said.

“We have traditionally been able to manage this. Now I think there will have to be new protocols and it will be up to International Civil Aviation Organisation (ICAO) and International Air Transport Association (IATA) and the aviation community to sort out what the protocols have to be.”

Addressing the issue, IATA Director General and CEO Tony Tyler said in statement that the incident was “an attack against the air transport system which is an instrument of peace.”

He said that governments and air navigation service providers inform airlines about the routes that they can fly and outline the restrictions, with carriers complying with that guidance.
“Malaysia Airlines was a clearly identified commercial jet. And it was shot down – in complete violation of international laws, standards and conventions – while broadcasting its identity and presence on an open and busy air corridor at an altitude that was deemed to be safe.

“Governments will need to take the lead in reviewing how airspace risk assessments are made. And the industry will do all that it can to support governments, through ICAO, in the difficult work that lies ahead.”

He also called for a quick investigation into the attack adding that: “No effort should be spared in ensuing that this outrage is not repeated.”

While global aviation bodies such as IATA and ICAO could orchestrate international policy on flying rules over war zones or hotspots, the main challenge lies in identifying and establishing what exactly a threat is, explained Saj Ahmad, aviation analyst at StrategicAero Research.

“What one airline deems a threat may not apply to another. Iraq is a great example. Plenty of flights in and out of the country as well as over it – not everyone will sing from the same hymn sheet,” he said.

As an immediate aftermath, Ahmad says he doesn’t expect to see any major decision emerging from the aviation sector. “Beyond a quickly hashed-together summit, I don’t see any sort of industry- leading initiative that will fundamentally change the way airlines fly around active theatres of war except avoiding such air space altogether and a bunch of terse words condemning those responsible for the downing of MH17,” he said.

However, he urged governments and the aviation sector to come up with strong measures to prevent such an incident from ever recurring.

“It is a huge tragedy that has happened and an even bigger tragedy that it has taken the likes of MH17 to happen before people and airlines sprang into action.”

Ahmad said the incident was a collective failure of governments, airlines and air space operators who knew what risks are involved yet did nothing to protect airlines and airplanes from flying into areas where the risk of something devastating could be propagated.

“We have to take stock of the MH17 disaster and learn – this sort of occurrence simply cannot and must not ever happen again. It would be a travesty and a slur for all the innocents that perished on MH17.”

WHAT NEXT FOR MALAYSIA AIRLINES?

The MH17 tragedy comes just months after another Malaysia Airlines flight, MH370, disappeared off Malaysia’s east coast in March. The flight from Kuala Lumpur to Beijing, with 239 passengers and crew aboard, vanished from radars less than an hour after take-off on March 8.

Massive international search efforts have yielded no results so far and no trace of the flight has been found. Although unrelated, the twin disasters, occurring so close to each other, have raised serious questions about the future of the airline.

“In the short term and as we witnessed with the events after MH370, Malaysia Airlines will take a massive financial hit,” said Ahmad.

“Just by association, people will not want to fly them and will take their business elsewhere. The airline isn’t to blame but it is their branding which people see first,” stated Ahmad.
“Longer term, Malaysia Airlines needs to move beyond this by possibly rebranding or perhaps look to launch some new campaign to get public support behind it – this could have happened to any airline.

Ahmad pointed out that Malaysia Airlines is already a financial train wreck and it’s not clear whether the government wants to support such a tainted business.

“That said, if they can get through this and survive, the challenge will be how they reinvigorate their image when they’ve suffered two major disasters just six months apart.”