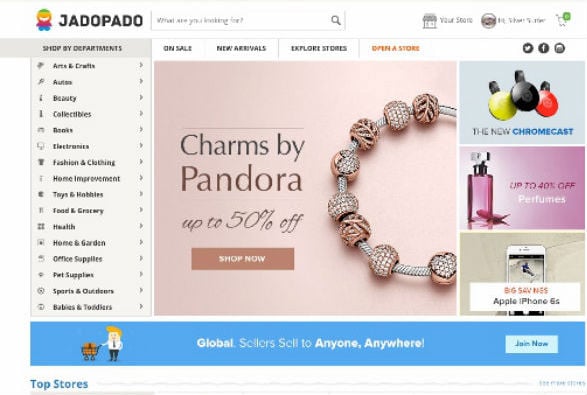 Dubai-based e-commerce platform JadoPado has been acquired by a “large regional business”, it confirmed on Monday.

In a statement sent to its users, the site declined to disclose who it was acquired by and the financial details of the transaction.

“Our grand experiment is at an end after 2420 days,” site founder Omar Kassim wrote in the statement.

“We’re incredibly happy to announce that JadoPado has been acquired by a large regional business. While we’d love to give you more details, we’ve been sworn to secrecy.

“The JadoPado team will be moving into executing great new work, and this unfortunately means that we’ll be closing down the JadoPado marketplace as well as JadoPado hotcake,” he added.

Sellers on the JadoPado marketplace will have access to the platform until May 25.

“If you may have payments that are due to you, please request a payout and rest assured that your funds will be remitted to you. If you are currently on a plan, your subscription will be cancelled over the next couple of days and any balance for the period left over will be refunded to you,” the statement said.

Kassim did not confirm about his role following the acquisition.

Launched in 2011, JadoPado expanded from an e-commerce website to an online marketplace in 2014, allowing retailers to use its platform to sell their products.

In November 2015, the site sold a minority stake to venture capital firm Beco Capital for Dhs14.6m ($4m). Following the investment, JadoPado said it was valued at Dhs102m.

The online retail industry in the Middle East – and specifically the UAE – has been seeing strong M&A activity in recent months.

Earlier this year, Dubai-based e-commerce site Souq.com was acquired for an undisclosed amount by US giant Amazon, after it also received an $800m bid from Emaar Malls.

Speaking to Gulf Business, Souq CEO Ronaldo Mouchawar declined to give price details of the deal, which is estimated to be worth $580m to $750m, but said it included Souq’s payment, logistics and aftersales businesses.

“This transition has already started with Amazon directly entering the market by acquiring Souq.com, and the launch announcement of Noon. Multiple factors will drive this change – the first of which is global players acquiring local ones to enter the market and building upon an existing platform and customer base.”

Industry insiders expect international players such as Alibaba to look for opportunities in the region.

“Given the pace at which the e-commerce market is growing, traditional brick-and-mortar retailers will also look to acquire e-commerce companies to ramp up and cater to the next generation of customers,” said Verma.

“Looking at the way the e-commerce industry has shaped up in other emerging markets, smaller e-commerce platforms may eventually be acquired by the larger ones,” he added.