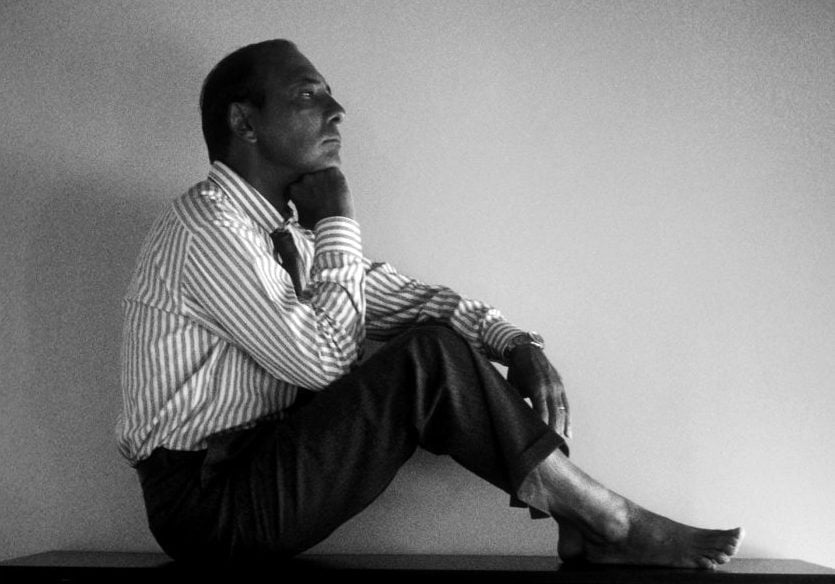 If for some reason you haven’t heard of French advertising legend Jacques Seguela, you will certainly have some knowledge of his legacy.

The octogenarian ad-man is credited with being directly or indirectly responsible for the successful election campaigns of numerous world leaders – most notably former French President Francois Mitterrand, for whom his advertising played a key role in the premier’s election successes in 1981 and 1988.

Having entered the world of advertising in the 1960s, following a successful journalism career with Paris Match and France-Soir, Seguela launched advertising agency Roux-Seguela in 1970, which later became RSCG, and then Euro RSCG after a merger with Eurocom – a subsidiary of Havas – in 1991. Eventually, in 2012, the brand was renamed as Havas Worldwide.

Among his high-profile roles at Havas, Seguela has served as chief communication officer, chief creative officer and vice president. He is currently the company’s director – a role he has held since 1992.

He was recently in the region to see first-hand the Dubai iteration of Havas’s Village model, and impart some of his knowledge, experience and encouragement to the local team.

The Village concept was introduced to Dubai in 2015, bringing communications services such as strategy, creative, social, digital, PR and media into one community. In standardising tools and processes throughout the agencies, Havas has moved to ensure best practice across the board, as well as giving clients access to a wider group of specialities without having to onboard separate agencies. The sum total is a full end-to-end partnership rooted in efficiency and agility.

The Village model took on extra impetus following media conglomerate Vivendi’s $2.5bn acquisition of 60 per cent of Havas in 2017 – a deal described at the time by Vivendi CEO Arnaud de Puyfontaine as “a major milestone in our drive to build a global leader in content, media and communication”.

The union with Vivendi means Havas now lays claim to being the European leader in series production and film with Studio Canal, as well as TV with Canal+. It is also number one globally in music with Universal Music, number two in gaming with Gameloft, and number two in France in publishing, as well as being France’s number one advertising company.

Locally, the merger meant further layers were added to the Village, such as entertainment, gaming, and access to talent.

Through its Villages, Seguela also explains that Havas has been able to create a greater sense of unity, which allows employees to focus on ‘immortality’.

“Ask an advertiser what the snow becomes when it melts, and he will tell you water. No colour, no scent, no taste – just product,” he says when we meet at Bluewaters in Dubai.

“For me, when the snow melts, it becomes spring. Our business is to create the eternal springs for our brands. Our uniqueness is to render the brands immortal, even though we are mortal.

“We are organised at Havas to really answer this crisis. We joined forces with Vivendi to create the first agency of the future – the content agency. We’re passing from the container to the content.

“We created 62 Villages in the world, and one of them is here in Dubai. They unite media and creativity. It’s irrational to have your media in one agency and your creative in another agency that will compete and wage war against each other. Today’s efficiency is to fuse both together.”

Now is the time for the Middle East

It’s against this new backdrop that Seguela believes the Middle East is ready to take a lead in the global communications industry, not least due to the challenges and mindsets of other territories around the world.

“Now is the time for the Middle East in communications,” he claims.

“The United States is getting more on its own – it chose America First. Europe with Brexit is in dire straits, Africa is not yet mature, and China is strong but staying at the same place.

“The advertising of the future – and the UAE and Middle East should be inventing it – needs to go from the heart to touch the heart.

“Arab culture, music, literature, cinema – it all goes from the heart. So how can Arab advertising go from somewhere else than the heart?

“It’s only the beginning and it’s now the time. They will never be better than the Americans in materialistic advertising, nowhere better than the British for humour. They need to be specialists of the heart, of love.”

Given his experience and success, when Seguela talks, you pay attention. Not just on the promise of the region’s advertising capabilities, but also matters that affect the whole world.

One topic he has been particularly vocal about is the increasingly ubiquitous role of the big four tech companies: Google, Amazon, Facebook and Apple – collectively known as GAFA.

In explaining the dangers of their astronomic growth and wide reach, he offers a brief history lesson.

“We moved from publicity to advertising after the [second world] war, and we’re moving now to the age of technology,” he begins.

“They took our information, our data, without us knowing or getting our approval, without copyright. And with this money they are building their empire.”

Seguela argues that the advertising industry is most affected by GAFA’s advances, saying that in its “quest for power, they want to conquer the advertising world”, and are being aided by consultancy firms.

“Accenture just bought the most creative shop of the moment [Droga5], and Publicis just bought a data company, Epsilon, for $4.5bn,” he says, adding that the advertising market is being split into two groups.

Siding with the creative bloc, he argues that technology can’t give clients what they truly need.

He adds that a result of this misunderstanding is that creatives are being asked to operate in a way alien to their professional nature.

“More than ever, creativity and creatives are at the core of tomorrow’s power. This is why Accenture is buying creative agencies for their weight in gold,” he says.

“But I don’t believe in this marriage that is against nature. Creative minds need space, a creative community, and a creative environment around them that is completely the opposite of data. Crosspollination will not take.”

And for Seguela, this is symptomatic of the bigger issue surrounding technology. An issue that can only be resolved with a bold reaction, he says – not least in data protection.

“If we don’t act against GAFA, the democratic ecosystem of communication will fail. Already Facebook has influenced Brexit, the Trump election, and the Brazilian election.

“Only the US can fight GAFA. The first thing Trump needs to do is to apply to GAFA the antitrust law of 1890. This acted against Rockefeller who was the most powerful man in the oil business, which was the main power, and obliged him to share his wealth with other players. The power of the US was born there.

“In terms of data protection, GDPR has been accepted by most European countries, but if it doesn’t apply to other countries in the world, it won’t mean much.

“What I’m asking in my latest book [2018’s The Devil Dresses in GAFA] is to have a summit about data, like we have a summit for climate change. Every individual needs to protect himself individually against the power of GAFA.

“All the progress we make creates its own risk. When we invented the wheel 6,000 years ago, we created road accidents. But now there are codes of prevention and the death toll has been reducing year after year. We now need to create our code and prevention in the numeric age.”

As part of his efforts to redress the tech and data balance, Seguela emphasises the role of advertisers as defenders of the brands they represent.

“Our job is not to create spots or posters or billboards, but to be the bodyguards of the brands – to protect their DNA – as well as being the body art of the brands.

“Around 80 per cent of the brands that exist today won’t exist in the next century. The brands that remain are the ones that have been able to get the right balance between body art and bodyguard. We need to be hybrids between technology and creativity – between tech and effect – magic and logic.”

As our conversation draws to a close, he ends with a simple piece of advice for young advertisers in the region.

“Advertising has, is, and will remain about having an idea,” he says.

“The only advice I can give is have ideas or change jobs.”

It’s strong but sound guidance from a man who has had countless winning ideas throughout his illustrious career, and is living proof of the lasting impact a good concept can create.