Adapting to the new normal of oil - Gulf Business 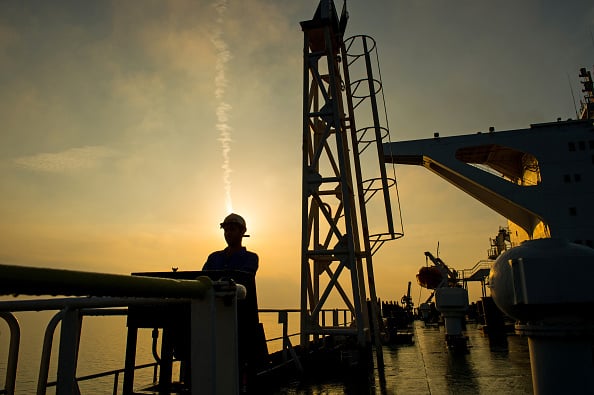 Global industries with the vast reach and scale of oil and gas are habitually subject to a cycle of geo-political, technological and economic impacts that help craft and shape the sector’s journey forwards.

The game of cat-and-mouse between OPEC and US shale producers has largely defined the oil price charts for more than two years. Technological advancements, such as artificial intelligence, suggest the potential for huge gains in efficiency and safety in the not-too-distant future.

Meanwhile, the lessons learned from the last downturn are moulding the strategic roadmaps for the world’s main producers and, in turn, their oilfield service (OFS) providers. When the oil price nosedived by $90 a barrel in the space of 18 months from mid-2014, operators quickly reined in their capital (CAPEX) and operational (OPEX) expenditure. Spending on new developments fell off a cliff, and OFS firms, who were directly reliant on CAPEX flows, were badly affected.

For providers more dependent on OPEX commitments, such as those in the inspection, repair and maintenance segment, they then found their capabilities less in demand. Operators tightened their belts, deferred servicing decisions and delayed preventive maintenance checks. So non-critical expenditure was ditched and the margins for the OFS firms became squeezed.

As prices bottomed out in the downturn, yet showed little appetite for upward movement, industry commentators painted a picture of a “new normal,” where oil prices would remain “lower for longer.” Operators began to adapt their long-term outlook accordingly and, to mitigate the pressure of onward modest prices, expenditure decisions understandably came under far greater scrutiny and caution than they had previously when a barrel of Brent crude was worth north of $100.

Even in times of subdued prices, oil and gas companies need to produce oil and gas; it’s how they survive, and it’s what they do. But operators are now looking intensely at where – and when – to continue exploring and developing reservoirs. Such decisions constitute a major capital commitment, especially in times of diminished returns. Some operators, such as mid-tier independents, have increasingly begun to look at how they can get more out of what they already have. They want to keep a firm handle on their development and installation costs, maintaining a financially stringent business model, but they have enough equity backing and agility to take a step back and assess the smarter option.

Invariably, as oil prices oscillate – dependent as ever on the health of the global economy – the hydrocarbon sector has tended to react according to the current climate: more exploratory drilling, big-ticket projects and looser purse strings when a barrel of Brent is in three figures and then greater frugality when it breaks below $50.

But the last downturn seems to have had a more lasting effect. The “new normal” has evolved into a new methodology. Extending the life of assets, whether that is a field or the equipment to harness it, makes complete business sense whether the oil price is bearish or bullish. Adopting a cost-conscious approach to operations, enabling them to be flexible and nimble – easily scaled up in times of greater liquidity – is smart strategy, alert to the vagaries of the market.

The key point for OFS providers is to stay ever-attuned to how operators are thinking. So, right now, it’s important to realise that monitor, maintain and upgrade are the preferred options to remove and replace. The most profitable operators will be the ones with strategies that maximise returns, regardless of prices, and the thriving OFS firms will be the ones analysing the market, talking to their customers and forging partnerships.

Angus Rodger is the director of business development at Proserv Controls