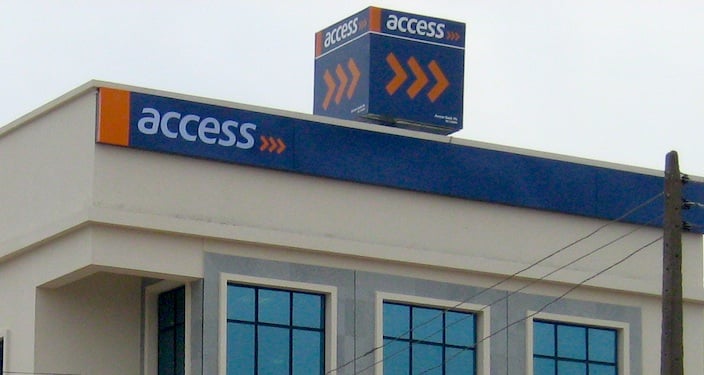 The opening of a new investment corridor between the Middle East and Africa has been often discussed in recent months – even if major bilateral deals have been few and far between.

As momentum picks up, one Nigerian bank is aiming to establish a firm footing in Dubai to capitalise on the steadily growing trade flows. Access Bank, the African country’s fourth largest lender, is opening a marketing office in Dubai through its subsidiary in the United Kingdom. Access Bank UK will open its Dubai unit in October within the Dubai International Financial Centre.

The office will initially be staffed with two representatives although the plan is to gradually expand.

“The reason that we were keen to set up in the United Arab Emirates and Dubai is that our intelligence said to us that it was an important hub, was business friendly and had high regulatory requirements and thresholds. So the UAE ticked all the boxes,” he explains.

There is already a “natural affinity” between Dubai and the expansion into the African corridor and the bank is keen to capitalise on that.
“We are seeing an increasingly strong handshake between the United Arab Emirates and Africa – in particular Nigeria. Last year, Nigeria emerged as the 24th largest economy in the world and in 2013 surpassed South Africa to become the largest economy in Africa,” he says.

Nigeria’s economy has enjoyed strong annual growth of around 7 per cent over the last few years, recording an increase of 6.3 per cent in 2014. The non-oil sector has driven this growth, with services contributing about 57 per cent and agri- culture accounting for 21 per cent of gross domestic product, according to the African Economic Outlook.

However, as the eighth largest oil producer in the world, Nigeria still depends on oil for between 10- 12 per cent of its economy. The recent drop in oil prices has hit hard.

The International Monetary Fund has predicted that the country’s oil revenues will drop almost 41 per cent to $52bn in 2015 from $88bn in 2014.

Nigeria’s economic growth slowed to 2.35 per cent in the second quarter of 2015 from 6.54 per cent last year because of lower oil prices, according to the Nigerian Bureau of Statistics.

In a recent report, investment bank Renaissance Capital also revised down its 2015 growth forecast for Nigeria to 2.8 per cent from 3 per cent.

Simmonds admits that the recent drop in oil prices has had an adverse impact on the African country.

“But you can take two views – the doom and gloom view or the view we have. As the government has to retreat to a degree on infrastructure projects, it is liberalising some of the opportunities in investments,” he explains.

“So there is a very investor friendly environment at the moment. It is politically stable with the transition from one civilian government to another. Despite oil challenges, we see Nigeria as having one of the most favourable investment climates with good returns available.”

But while good returns are available, Simmonds also cautions that investors must join hands with the right partner to avoid issues arising in the future.

“Nigeria is a very well connected country so you have to be very clear about who you are looking to partner with. Cer- tainly if you look at the model from a Nigerian viewpoint it is about having a local partner,” he says.

Adequate due diligence is required to choose the right local partners because there are good ones and some that are a “lot less ideal”.

“Nigeria presents a very powerful opportunity if all of this is put together. But if you lose even one part of that, it can be problematic very quickly,” Simmonds adds.

The bank is well positioned to facilitate the flow of investments from the Middle East to Nigeria, he claims.

While Simmonds refuses to divulge any profit forecasts for 2015, he says the bank is “well-placed” for growth.

“I think we will have a very good year in 2015. Next year profits may not be pro- gressive to the same degree, but they will not be too adverse as well.”

He also has big plans for the Dubai office.

“Clearly there’s a natural momentum. As we build our profile and presence here there will be a pivot point where we will want to go for the next level of permis- sions. Certainly over time I would envisage that this will build into a full branch,” Sim- monds says.

No timeline has been set for this expansion and the chief executive admits he is in no hurry. But he is confident that it will happen.

• Nigeria’s Access Bank reported pre- tax profit growth of 44.26 per cent
in the first half of 2015 to reach NGN 39.11bn (around $196.4m)
• It has a network of over 366 branches and over 1,000 ATMs across Africa
• Access Bank has operations in Africa, the UK, China and now Dubai. It is also planning to set up in Lebanon and possibly Mumbai