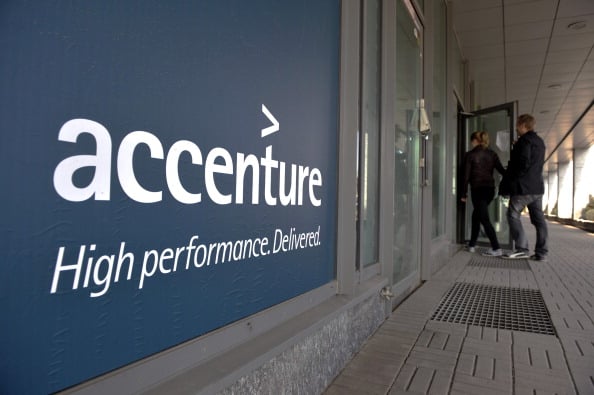 Accenture has been ranked first in the list of top consulting firms in the GCC and other emerging markets, according to the White Space Thought Leadership Rankings produced by research firm Source.

Other top consulting firms in the GCC were Strategy&- a new company formed through the merger of PwC’s consulting unit and Booz&Co, The Boston Consulting Group, Bain and Roland Berger.

However, the report noted that all of the Big Four firms including EY, PwC, Deloitte and KPMG were now in the bottom half of the emerging markets ratings.

“It’s not that Accenture has dramatically upped its game in the GCC since last year; it’s simply kept up the quality while nearly all other consulting firms have fallen back,” said Fiona Czerniawska, joint managing director at Source Information Services and founder of White Space.

“However, it’s one of only three firms not to have any obvious areas of real weakness and it is the only firm in our ranking whose score for emerging markets material is higher than its score globally.

“But it also publishes some material that it probably shouldn’t, so Accenture’s mission for 2015 is to find a way to be remarkable consistently. That really would put it out of the reach of most other firms right now.”

EY topped the list in terms of the volume of the material published with one in three pieces of emerging market thought leadership while McKinsey ranked second, the report said.

Meanwhile, Deloitte produced almost 28 per cent of consulting thought leadership material in 2013, closely followed by Strategy& which constituted around 24 per cent of such content.

Strategy& was also identified for its GCC market piece on educational reforms which included surveys from students and other end users.

The GCC’s consulting market has grown strongly over the last few years, rising more than 18 per cent to reach $2.2billion in 2013.

The region is also predicted to be one of the fastest growing consulting markets in the world in 2014 with countries such as the UAE, Saudi Arabia and Qatar being the top performers regionally, the report added.