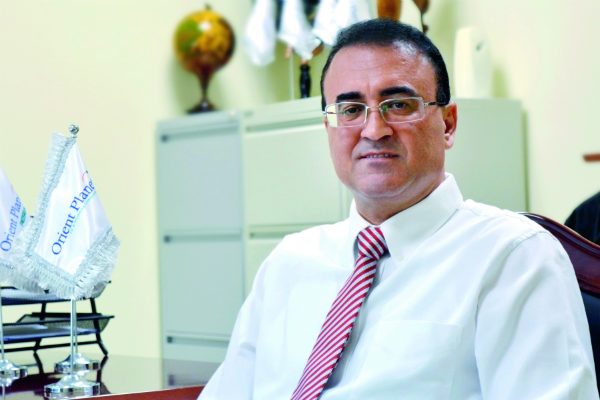 Digital disruption has taken a strong hold of the Middle East. Several Arab countries have embarked on intensive digitalisation initiatives as a cornerstone of their on-going transformation and preparation for a world being steadily reshaped and dominated by disruptive technologies and one-of-a-kind digital devices.

Bahrain and the UAE, according to a McKinsey report, already enjoy more than 100 per cent smart phone penetration and over 70 per cent social media adoption. Other parts of the region are similarly making great progress in their ambitious digital approaches.

McKinsey noted that – aside from the Middle East’s above-world-average number of internet users – cross-border data flows between the region and the rest of the world has skyrocketed 150-fold over the past decade. If anything, this is indicative that the region’s tech-savvy population is quickly and enthusiastically embracing everything and anything that the digital world has to offer.

Exciting opportunities abound, but so do challenges. While significant metrics are in place to help catapult the region into the global ranks of major digital economies, it is still facing major obstacles that are preventing it from fully reaching its digital goals.

It is a fact that innovative technologies play a fundamental role in key government efforts to build highly skilled and service-oriented public and private sectors. Such a strategy is instrumental in helping the Arab nations effectively diversify their economies away from oil.

However, the McKinsey Middle East Digitisation Index has found that only 6 per cent of the Middle Eastern public lives under a digitised smart government compared to Norway, Singapore, South Korea, Sweden, and the United Kingdom.

Additionally, the same report indicates that the region’s digital inputs only account for 4.1 per cent of the regional gross domestic product (GDP) on average, or only 8.4 per cent of its digital potential.

Building a robust governance structure, and state-of-the-art information and communications technology infrastructure, will surely do the trick for the region to catch up with the benchmark nations. There is also a need to heavily invest in cloud computing and other internet-enabled tools to modernise operations, workflow and activities across industries. In the banking sector, for example, banks can incorporate digital applications into their respective systems to automate payments and process data and customer transactions faster and more efficiently.

In addition, creating a pool of talented and highly competent human resources in this field has proved to be a major challenge. Fortunately, many regional governments have accordingly responded by promoting relevant training programmes to enhance the digital skills of their human capitals and address a talent shortage in the digital market.

Industry experts also believe that varying laws and regulations concerning data privacy and sharing are major obstacles to the region’s smart government initiatives. Like the rest of the world, many Middle Eastern states are racing to make that efficient digital transition in today’s modern age. The UAE, Bahrain, Saudi Arabia, and Egypt are only some of the states here that have been continuously expanding and reinforcing their digital efforts.

However, Dubai is exceptional in investing in developing an ultra-modern city that markedly capitalises on the role of digital innovation in creating a liveable and sustainable community. It aims to power its economy based on technological innovation and further develop its international reputation as an economic and financial powerhouse in the region.

More than a decade ago it embarked on an ICT strategy that aims to ensure the efficiency of government services and become the most competent government when it comes to doing business. The project has evolved throughout the years and remained proactive in meeting the challenges of a rapidly developing and evolving sector. It launched the Dubai e-government 2001, which was then later upgraded to the Dubai Smart Government. In 2014, the Smart Dubai initiative was launched.

The emirate’s drive to technologically equip its systems is just one part of it. Legislation in the sector can be considered highly advanced to protect intellectual property rights and ensure cyber security.

But like other nations, it takes great cooperation among all stakeholders from both the government and private sectors to see these efforts through and ensure their success. Ultimately, this is the only way that the region can truly optimise digitalisation and take advantage of its potentials and all-encompassing socio-economic benefits.