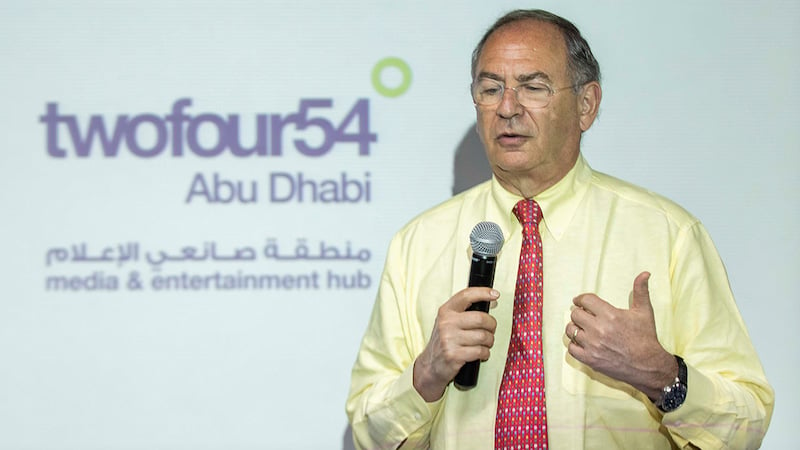 Garin fills in the slot that was vacant since July 2019, following the formation of a board of directors for twofour54.

Garin, with over 50 years of experience as a media executive, hails from Image Nation Abu Dhabi, where he served as the CEO since February 2011. Foremost among his duties as the incumbent there, was to oversee the firm’s strategies, operations and key international alliances.

Mohamed Khalifa Al Mubarak, chairman, twofour54 Abu Dhabi, said, “Michael has been a key contributor to the development of the media industry in Abu Dhabi for more than a decade, playing a key role in its success through his work with Image Nation and Abu Dhabi Media, among other roles.

“Michael joins twofour54 at a pivotal time for the media and entertainment industry in Abu Dhabi, with a new chapter about to start for the media zone at the purpose-built new home on Yas Island.”

“I would like to thank Mohamed, Maryam [vice chair] and the board of twofour54 for giving me the opportunity to undertake this important role in the capital both for Arab-language and international content creators, and to lead a team of incredible UAE talent,” said Garin.

Prior to his stint at Image Nation Abu Dhabi, Garin spent four years as a member of the executive committee of Abu Dhabi Media Company.

Garin’s media career began at Time Inc. where he worked for TIME, Fortune and Time-Life Television for over a decade.

His other erstwhile roles include being the CEO of Central European Media Enterprises, and global head to media & telecommunications investment banking for ING.