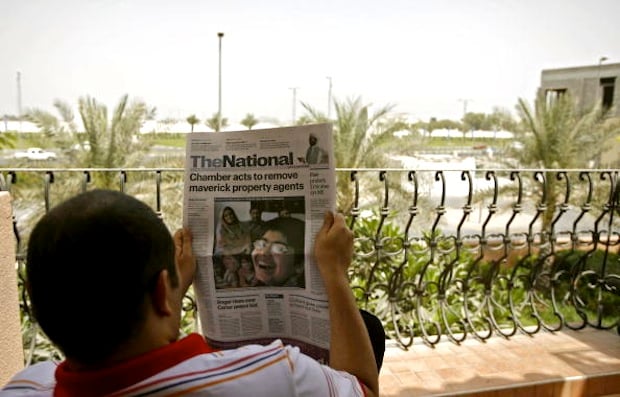 Abu Dhabi-based newspaper The National has cut several jobs as part of a reorganisation under its new owner.

IMI did not confirm the number of job losses, but sources claimed at least 20 to 25 per cent of the existing staff have been asked to leave.

A spokesperson for IMI said: “On November 2016, International Media International (IMI) announced the acquisition of The National. The transition will be completed mid-2017.

“As part of this transition, over the past few months, IMI has finalised its new vision for The National, supported by a robust editorial strategy to ensure that The National fulfills its potential as a premier English language source of news about and for the Middle East.

“It is embarking on a digital transformation, while retaining its print product. As part of this transformation, The National is putting together its team, made of existing and new talent. IMI prioritised The National‘s existing staff as it seeks to hire for additional newsroom needs.”

According to sources, all the employees were asked to reapply for their positions – and some of the staff were offered the same job role for a lower salary.

Those leaving will retain their contracts until June 30.

The newspaper will begin operations from its new headquarters, in twoFour54, on July 1, 2017.

ADMIC was set up as a private investment company in 2010 along with British Sky Broadcasting (BSkyB), to launch the Sky News Arabia news channel. ADMIC is owned by Sheikh Mansour bin Zayed.