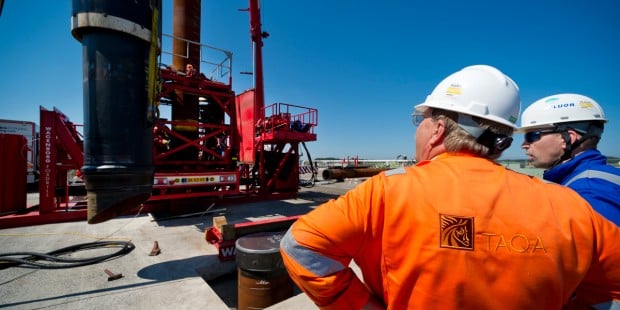 Bergermeer, along with a liquefied natural gas (LNG) terminal in Rotterdam, is an important part of the Netherlands’ plan to become a European hub for distribution of imported natural gas once the country stops exporting its own gas output in 2025.

Jan Willem van Hoogstraten, managing director of TAQA’s Dutch branch, said on Monday that at present a company wanting to use storage pays twice to enter the Dutch grid – once when gas crosses into the Netherlands and once when it comes out of storage.

“This situation is fairly unique,” he said. “To make our storage competitive we need to change that.”

Hoogstraten said the capacity of the Bergermeer facility, located in a depleted gas field that once held 16 billion cubic metres of gas, could be doubled to meet demand for extra storage once the biggest Dutch gas field at Groningen runs out after 2020.

“Technically expansion is possible. It will depend on market fundamentals,” he said.

TAQA, which is 75 per cent owned by the Abu Dhabi government, has a 60 per cent stake in the 800 million euro ($1 billion) Bergermeer project which will be partly operational in April 2014 and will reach full capacity one year later, in April 2015.

Bergermeer would nearly double the Netherlands’ gas storage capacity and give it more flexibility in meeting fluctuating demand in northwest Europe, for example in Belgium and the northern parts of Germany and France.

Despite the Dutch government’s commitment, the project has faced delays and strong local opposition because of fears that injecting gas into the depleted gas field – near Alkmaar in the north west of the country – could cause strong earth tremors.

Prolonged licensing procedures has delayed the project, which received Dutch government approval in 2011, for a year.

Adri Pols, Bergermeer’s commercial manager, said 75 per cent of the cushion gas has already been injected.

Statoil ASA, Vattenfall Energy Trading Netherlands and France’s EDF agreed last year with TAQA to lease a total of more than 90 per cent of the 1 bcm of annual storage capacity made available in the first open season.

TAQA is currently in negotiations with customers to lease another 300 million cubic metres in Bergermeer, Pols said.

Pols said the Netherlands and UK will be the most likely markets for the gas stored in Bergermeer as the former gas field is well connected to the gas transport network and is only 20 km away from the BBL pipeline transporting gas to the UK.