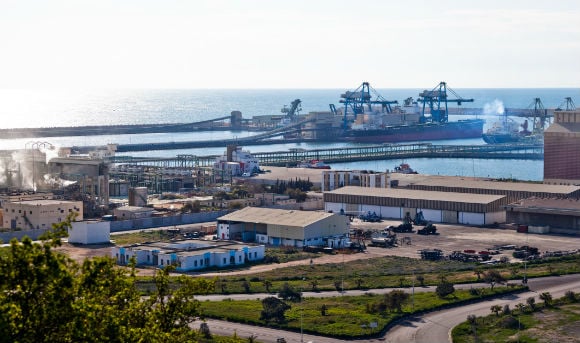 Abu Dhabi National Energy Co, the state-owned firm which recently bought some of BP’s North Sea assets, sealed a $1.4 billion financing for the expansion of its power plant in Morocco.

Jorf Lasfar is the largest coal-fired power plant in the Middle East and North Africa and the first independent power producer (IPP) in Morocco, supplying 40 per cent of the Kingdom’s electricity output, TAQA said in a statement.

The financing is the largest in over a decade for an international project in Morocco with Japanese and Korean export credit agencies participating for the first time in Moroccan project finance, the utility and energy firm said.

Japan Bank for International Cooperation (JBIC), Nippon Export and Investment Insurance (NEXI) and Export-Import Bank of Korea (Korea Eximbank) are providing direct loans and loan guarantees for more than 50 per cent of the total project debt.

The lenders are funding some 75 per cent of the total project costs with TAQA committing around $400 million in equity funding.

The 16-year, multi-currency non-recourse debt, maturing in 2028, totals around $1.3 billion with working capital and other facilities amounting to $100 million.

“TAQA’s commitment to meet Morocco’s energy needs was not conditional on financing, as the project is already 80 per cent complete,” Abdulla Saif Al-Nuaimi, vice chairman of TAQA said.

“But this financing shows that, for the right deal with the right structure, significant non-recourse funds can be attracted to the Middle East and North Africa at competitive rates.”

The expansion of Jorf Lasfar will increase Moroccan power generation capacity by more than 10 per cent.

Construction of the plant began in September 2010, with TAQA providing interim funding. The expansion is now approximately 80 per cent complete and overall costs remain within the $1.6 billion budget. The two new units are scheduled to be commissioned in December 2013 and April 2014.

TAQA, owned 75 per cent by the government of Abu Dhabi has investments in the energy and power sector from India to the Middle East and Canada. The firm has been active in recent months buying BP’s North Sea assets for $1.3 billion and a 53.2 per cent operating interest in an oil block in Iraqi Kurdistan in separate deals.

It also raised $2 billion from a two-part bond sale in December.