Abu Dhabi's Strata expects to break even in 2018 - Gulf Business 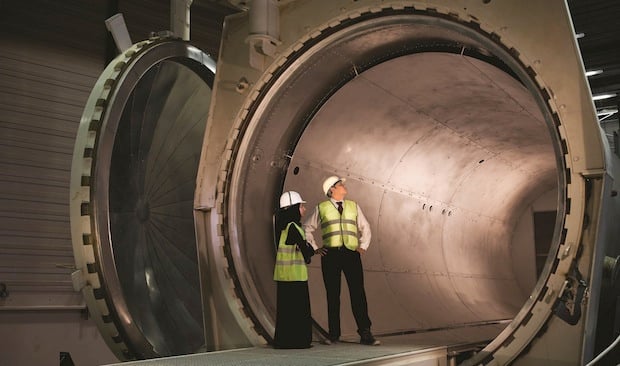 Strata, the manufacturing business of Abu Dhabi’s state-owned Mubadala Aerospace, expects to break even in 2018, a senior executive said on Monday.

Strata is part of the United Arab Emirates’ efforts to diversify away from hydrocarbons. The government hopes to use companies such as Strata to build up industry and high-tech manufacturing.

The company, which was established in 2009 and started production in 2010, has an aero parts manufacturing facility in Al Ain, an oasis town within the Abu Dhabi emirate, producing aircraft components for Airbus, Boeing and others.

“Strata, phase one, in 2018 should start breaking even now that we have sorted all the relationships and the delays and the changes in the market,” Homaid al-Shimmari, Mubadala’s head of aerospace and engineering services told Reuters on the sidelines of an industry conference in Dubai. “I think Strata will be in a (good) position financially.”

Strata currently manufactures eight different aircraft components, including for Airbus A330, A380, A350-900 and Boeing 777 and 787 jets.

Al-Shimmari did not give a revenue forecast for this year. Its revenue was around 400 million dirhams in 2015, according to a company statement.

Strata expects to start manufacturing those parts in 2020 when a new facility opens in Al Ain, al-Shimmari said.