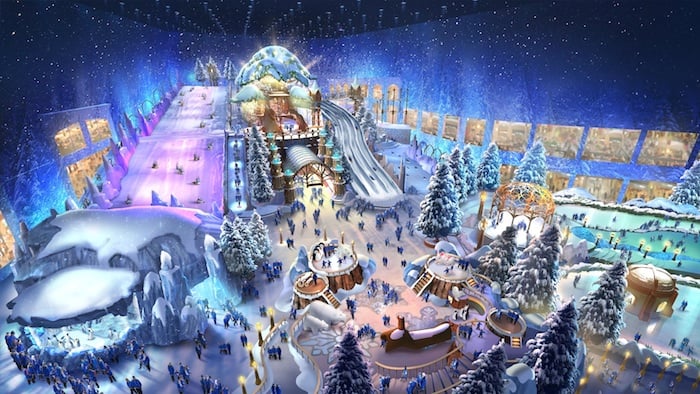 The 125,000 sq ft attraction will include family-oriented activities and experiences such as sledging, zorbing and luge, a statement said. It will not include skiing, officials confirmed.

The park will be designed by the Thinkwell Group and will open along with the mall in 2018.

No investment figures were disclosed.

The retail project will deliver two million square feet of retail, leisure, and dining and entertainment choices with some 450 stores including 85 food and beverage outlets.

“Reem Mall is one of the most ambitious and exciting retail and leisure projects ever undertaken in Abu Dhabi, and we are thrilled to announce the news of it becoming home to the world’s largest indoor snow-play park,” said chief operating officer for Reem Mall Shane Eldstrom.

“We look forward to sharing more exciting details in the coming months.”

Located on Reem Island, the mall is positioned within the new master-developed residential and commercial zone.

Reem Island, a massive master-planned development, is currently in the process of undergoing a major expansion. According to a new master plan for the 8.5 million square metre island, the project will have increased office and retail space. It will also have 11 new private schools, six kindergarten centres, a Paris Sorbonne University, three new private hospitals, a number of clinics, nine mosques, civil defence and police facilities, a major transit hub and nearly 500,000 square metres of park and open space.

According to Abu Dhabi’s Urban Planning Council, the development will eventually house more than 210,000 people.