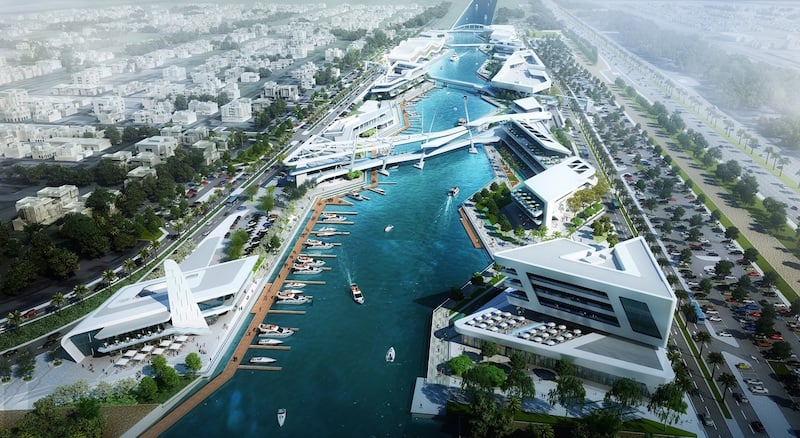 The opening of a massive new waterfront development in Abu Dhabi, Al Qana, has been pushed back to the last quarter of 2020, its developer has confirmed.

The tourism project, announced in 2016, is being developed by Al Barakah International Investment (BII) and Abu Dhabi Municipality.

Launched as a Dhs850m project set to feature the region’s largest aquarium and the emirate’s biggest cinema, Al Qana was slated to be completed in the second quarter of 2018.

However, in a statement on Tuesday, its developers confirmed that “additional time” was taken to “enhance the project with unique features and world-leading design to ensure it is responding to the needs and requirements of local residents and visitors”.

Located in the historic Khor Al Maqta area, the waterway bordering the mainland in close proximity to the Sheikh Zayed Grand Mosque, Al Qana will also have the Middle East’s largest aquarium, the statement said.

Over 50 per cent of the leasable area being assigned to entertainment.

Al Qana is the first Build-Operate-Transfer (BOT) model implemented by the Abu Dhabi Municipality. International Construction Contracting Company (ICCC) is the lead contractor in charge of the development of the project.