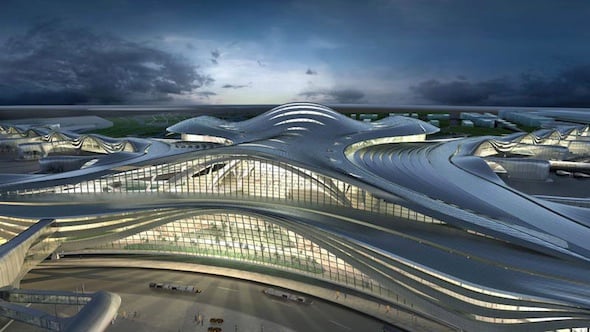 The opening of Abu Dhabi Airports’ $2.94 billion Midfield Terminal has been pushed back by two years, regional newspapers reported on Monday, in the latest setback for a project seen as crucial to the emirate’s wider expansion into tourism.

Abu Dhabi, home to the capital of the UAE, is investing billions in tourism, infrastructure and industry to diversify its economy away from oil. But some projects have been hit by delays.

The expansion of its main airport, Abu Dhabi International, had already been delayed by around five months until December 2017, while the opening of the Louvre Abu Dhabi museum has also been delayed to 2017 due to pending construction work, sources told Reuters in November.

The National, Gulf News and Al Etihad reported the delay, citing a senior Abu Dhabi official, although no reason was given.

Sources close to the project told Reuters in March that there were complexities relating to the design and execution of the roof that were causing the initial delay. The terminal had been due to open in September 2017.

The Midfield Terminal will be able to accommodate up to 30 million passengers a year when it opens, the newspapers quoted Sheikh Hazza bin Zayed al Nahyan, deputy chairman of the Abu Dhabi Executive Council, as saying.

Abu Dhabi International Airport will have passenger capacity of 45 million per year when the Midfield Terminal opens, almost double the 23 million passengers it attracted in 2015.

The 700,000-plus square meter terminal building has an architecturally impressive design with a curved roof that appears to float across 18 steel arches and can be viewed from 1.5 km away.