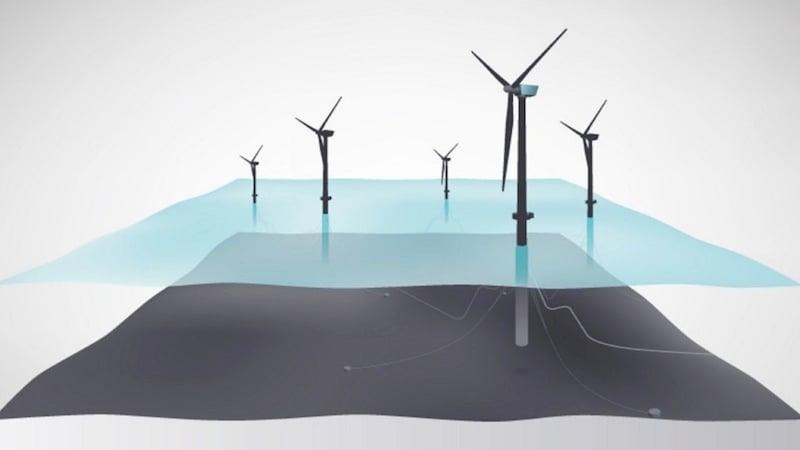 Abu Dhabi clean energy company Masdar has confirmed that work on the world’s first commercial-scale floating wind farm in Scotland, has been progressing.

Five wind turbines have been successfully installed at the farm – Hywind Scotland – in Stord, Norway – where it is being developed.

Each 6MW turbine tower stands 253 meters tall – 78 metres of which are below the water – weighing 12,000 tonnes. The turbines rotor blades’ diameter is 154 metres.

The wind farm, which will be anchored in sea 25 kilometers from the Scottish town of Peterhead, is built to withstand ocean waves at least 20 metres high and wind speeds exceeding four metres per second, a statement said.

Occupying four square-kilometres of space in the North Sea, the project is expected to provide around 22,000 homes with renewable electricity when it is operational.

Hywind Scotland is set to be in full production by the end of 2017.

Under the deal, Masdar and Statoil have also entered a collaboration agreement for clean energy technologies across several markets.

The two companies previously partnered for the 402MW Dudgeon offshore wind farm, which is due to come online in the second half of 2017.

Masdar CEO Mohamed Jameel Al Ramahi, said: “The deployment of commercially viable wind energy in deep water marks a new era of growth for wind power, allowing countries to further diversify their energy mix. We are proud to extend Masdar’s renewable energy portfolio in the United Kingdom and to build on our close partnership with Statoil.”