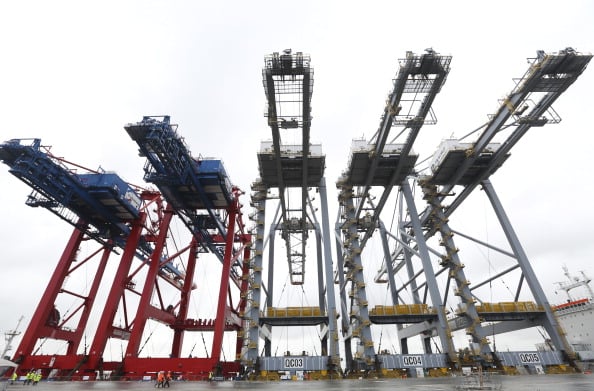 Speaking on the sidelines of the World Ports and Trade Summit in Abu Dhabi, Salmeen said that the companies that had signed the agreements were at different stages of their engineering.

“Emirates Aluminium (Emal) is already operational and in phase II. They started simultaneously because they are building a massive project, spread across six square km, even bigger than Manama,” he said.

Kizad, located next to the Khalifa port in Taweelah, stretches over 417 square km and was launched in 2010. It targets the aluminium, steel, trade and petrochemicals industries, among others.

According to Salmeen, the companies that have agreed to come on board include a mix of local and international ones.

“After doing market research, we narrowed six countries as focus markets apart from the UAE – three in the east and three in the west,” he said. “In the east it was China, South Korea and India and in the west it was Germany, UK and the US.

“We have been able to launch in all of those markets over the last two years, and a lot of our market now is coming from India and Germany, which were the most receptive and financially ready to go to the next stage,” he added.

One of Kizad’s main objectives has been to increase the number of skilled jobs in the country and the cluster aims to create 150,000 jobs – directly and indirectly – and contribute to around 15 per cent of Abu Dhabi’s non-oil GDP by 2030.

Asked whether the UAE boasts an adequately skilled labour market to match the requirements, Salmeen stated that there were always options available.

“Our labour laws in the UAE are extremely flexible. We obviously encourage nationalisation, but at the same time there are options.

“I think that in a market such as ours, as we get industry, it needs to be in curriculums and now we are starting with aluminium with a number of universities to be able to provide the capabilities that can come into the market and fill the gap.

“So as we bring new industries we need to work on the education side to be able to graduate people that can take up those jobs,” he added.