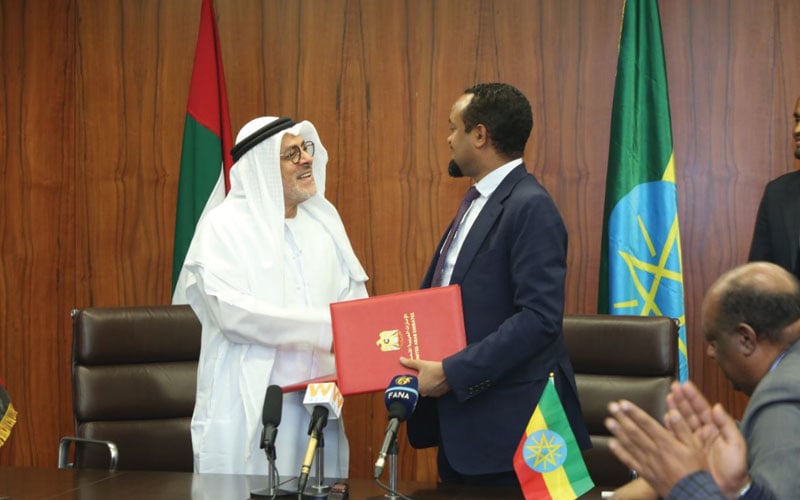 The loan is expected to finance about 37,000 projects over the next four years and create over 200,000 jobs in Ethiopia, with funding focused on the poorer areas of the country.

The chairman of KFED Hussain Jasim Al Nowais, who signed the agreement with Ethiopia’s finance minister Ahmed Shide, said that at least 30 per cent of the projects which receive the funding will be led by women, while the remaining will be equally distributed between male- and female-led projects.

Thursday’s agreement comes a few months after KFED which provides financing programmes to over 22 countries in Africa, Asia and Europe, signed a $100m agreement in July last year with Ethiopia to promote innovation and finance projects in Ethiopia.

Commenting on the new agreement which will support and finance micro, small, and medium-sized projects, Al Nowais said, “This agreement, which is a continuation of the MoU we signed last July…implements a stringent financial and technical framework that creates new employment opportunities, alongside empowering women to grow their role in the Ethiopian economic agenda. It seeks to build local entrepreneurial capability, using specified targeting mechanisms to provide funding to those who need it the most.”

The UAE reportedly played a leading role in brokering a historic peace deal between Ethiopia and its neighbour Eritrea in July 2018.

In January, Al Nowais said that he is planning a $500m fund to spur renewable energy investments across the Middle East and Africa. Of that, $300m would be raised by AMEA Power, of which he is the chairman, within three months.

Earlier this month, KFED partnered with Facebook to train and mentor women entrepreneurs across the UAE, supporting Facebook’s global initiative ‘She Means Business’, whose training sessions will be conducted in the country throughout 2020.