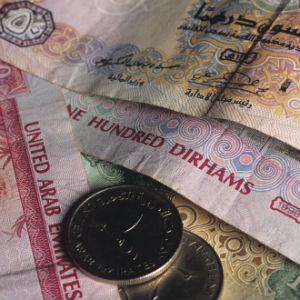 International Petroleum Investment Co (IPIC), the investment vehicle owned by the Abu Dhabi government, will price a $2.9 billion dual-currency bond, at tighter guidance than earlier indicated, due to strong demand.

Guidance was tightened from indications earlier in the day, usually an indication of healthy demand for the deal.

“It looks like the company needs euros desperately. The selection of leads implies that IPIC has come to tap the euro market and the dollar issue is just to satisfy some home demand,” said a regional trader.

IPIC is a regular issuer in the bond market and has raised acquisition financing from bond sales. IPIC has interests in a number of European-based companies, including Spain’s Cepsa and Austrian oil group OMV. Through its Aabar Investments unit, it also owns a stake in Unicredit.

Global demand for top-rated regional debt is currently very strong and spreads have tightened significantly to attractive levels for borrowers.

According to some traders, IPIC’s existing euro-denominated bonds, maturing in 2016 and 2021, were issued at high coupon rates of 4.875 and 5.875 per cent, but spreads have tightened significantly this year, allowing the company to term out the maturities at tighter pricing.

IPIC had total outstanding borrowings of about $18.57 billion at the end of June 2012, excluding subsidiaries, according to a company prospectus, of which over $7 billion in loans are set to mature by the end of 2013.

The first bond maturity is in 2015, a $1 billion 3.125 per cent issue. The bond came under selling pressure after Monday’s announcement, as did other bonds along IPIC’s curve, as investors make room for the new issue.

It was bid at 103.75 cents on the dollar on Tuesday morning, according to data provided by Deutsche Bank Autobahn, to yield 1.9 per cent, up from about 1.8 per cent on Monday.

IPIC’s profit for the six months to the end of June totalled $818 million, down from $1.16 billion a year ago, the company said earlier in November.