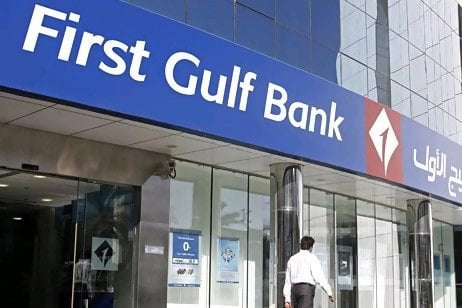 First Gulf Bank (FGB), the United Arab Emirates’ third largest bank, is cutting about 300 jobs, equivalent to nearly 10 per cent of its workforce, as part of a restructuring, sources familiar with the matter said.

FGB, controlled by Abu Dhabi’s ruling family, informed employees about the plan last week and the cuts will mainly affect its consumer banking business, the sources said. They were speaking on condition of anonymity as the matter has not been made public.

Abu Dhabi-based FGB is among a number of UAE banks which are seeking to expand their overseas operations and lower reliance on their home market, where more than 50 local and international banks compete to win retail, commercial and investment banking businesses in a country of about eight million people.

“As part of a recent reorganisation, the bank has reduced a number of roles in its consumer banking operation. This reduction in the workforce underlines the bank’s commitment to managing its costs in a prudent and sustainable manner,” FGB said in an emailed statement on Tuesday.

It did not give any further details of the job cuts.

As part of the plan, the bank will cut nearly 80 jobs at its bancassurance division, a business which mainly involves the sale of third-party insurance products, and about 120 jobs at its credit card business, one banking source familiar with the plan said.

In June, FGB bought Dubai First, the credit card business of troubled investment firm Dubai Group, for $164 million through a bidding process. It is not clear whether some of this month’s job cuts are related to the acquisition.

A second banking source said the job cuts were part of a broader restructuring in which FGB was streamlining operations and removing excess staff in certain departments. FGB plans to strengthen its investment banking division and has been making targeted hires to beef up that department, the source added.

“There is a restructuring exercise going on and the management feels they have deployed excess resources in certain areas. They are refocusing efforts and you see them hiring more on the investment banking side,” the source said.

FGB hired Simon Penney, Royal Bank of Scotland’s former chief executive for the Middle East and Africa, as head of its wholesale banking business in May. Steve Perry, previously Standard Chartered’s head of capital markets for the Middle East, North Africa and Pakistan, is joining the lender as its head of debt markets, FGB said this month.

Separately, two other banking sources said George Abraham, FGB’s head of corporate banking, had left the bank to join Dubai’s Emirates NBD. The sources were not aware of what role Abraham would take at the Dubai lender.

FGB confirmed that Abraham had left but did not comment further. A spokesman for ENBD was not immediately available for comment.

FGB posted a second-quarter profit of Dhs1.17 billion ($318.5 million), up 15 per cent from the corresponding period in 2012, thanks to a recovery in key sectors, primarily real estate, and lower provisions as the UAE recovers from debt troubles at Dubai’s state-linked entities.

FGB shares have risen 26 per cent year-to-date on the Abu Dhabi bourse. They were trading up 6.2 per cent on Tuesday after Russia’s offer to work with Syria to put its chemical weapons under international control led to a regional rally in stocks.