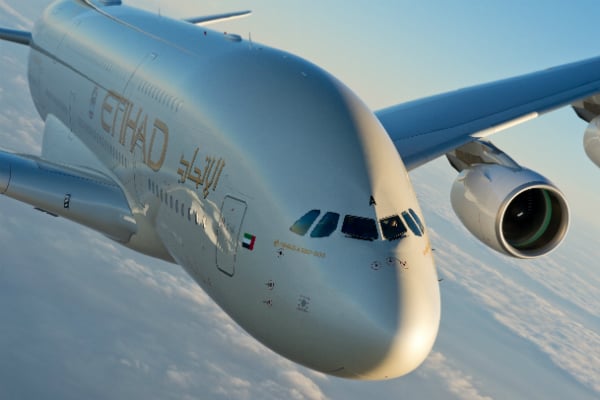 Etihad Airways has told its pilots they can join Emirates on a temporary basis for two years as the downsizing of the Abu Dhabi carrier’s operations helps fill a pilot shortage for its Dubai rival.

Etihad, which last week reported a $1.5bn annual loss, has been overhauling its business since 2016, replacing its top executive, dropping unprofitable routes and shrinking its fleet.

The agreement is also likely to help Emirates, where a pilot shortage forced it to cancel some flights this summer. Management had said the shortage was a short-term issue.

In an email seen by Reuters, Etihad said pilots who join Emirates on a two-year secondment would be placed on a leave of absence, retain seniority at Etihad, and receive their salary and full benefits from the Dubai airline.

Pilots were asked in the email to register a non-binding expression of interest and told that Emirates’ recruitment team would meet with pilots at Etihad’s offices.

“This is something Etihad Airways has done for several years with partner airlines around the world,” the spokesman said.

An Emirates spokeswoman told Reuters the airline was “working with Etihad on a secondment programme for some of their pilots.”

It was not immediately clear how many pilots would be offered temporary employment at Emirates and the email stated that any pilots applying for the secondment would need to complete Emirates’ training programme.

A source told Gulf Business in January that Etihad staff had been informed in a meeting of an offer by Emirates to take on up to 300 pilots and a separate offer from Fiji Airways for a further 60.

At the time, the airline denied the offer had been discussed and further claims that it could cut up to 10 per cent of pilots.

Etihad employs 2,200 pilots, according to the airline spokesman. Reuters also reported in January that Etihad had offered up to 18 months unpaid leave to pilots.

Emirates and Etihad have been exploring closer ties and signed a security pact in January, the first agreement between the UAE-based airlines. Emirates has since said that a closer relationship was not about a merger.

Emirates and Etihad, backed by their state owners, have competed developing global networks from their respective hubs in Dubai and Abu Dhabi that are just 128 kilometres apart.