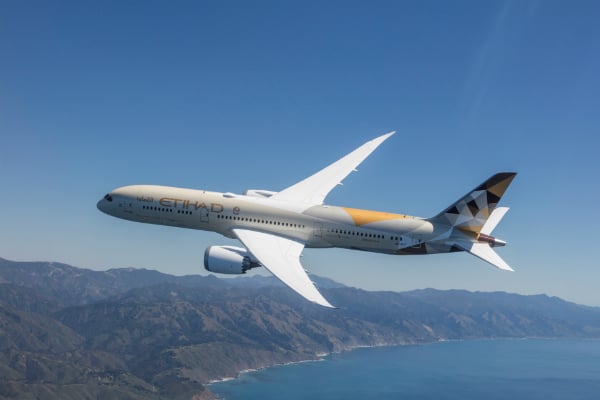 Abu Dhabi’s Etihad Airways has launched a new seating option with better legroom and more space within economy class across its fleet, it announced on Monday.

Called economy space, the new option – which will cost more than regular economy class tickets – is expected to cater to families with small children, elderly travellers and those requiring wheelchair assistance.

By December 2018, Etihad will retrofit its 10 Airbus A380s with economy space seats, which feature an increased seat pitch of up to 36 inches.

The redesign increases the number of extra legroom seats in economy from 20 to 80 on the jumbo jet, a statement said.

Etihad also plans to add additional economy space seats to 12 Boeing 777s and 21 Boeing 787 Dreamliners by the end of 2019, increasing the total number of extra legroom seats by 560 per cent.

Jamal Ahmed Al Awadhi, Etihad Airways head of Guest Experience, said: “Today’s customers demand more choice and personalisation during their travels. In response to the popularity and demand for extra legroom seats, we have reconfigured our economy cabin.”

Last month, Etihad also announced plans to offer paid access to its lounges as part of a partnership.

The arrangement will be initially introduced for Etihad’s London Heathrow lounge, which is being rebranded ‘The House home of Etihad Airways and other leading airlines’.

The House brand, which will be operated by No1 Lounges, may also be expanded to include other lounges in the future, Etihad said.

The changes come as the airline continues its restructuring after posting a $1.5bn loss in its last financial year.

The carrier is expected to continue making losses through to 2022, a recent report by ratings agency Fitch found.