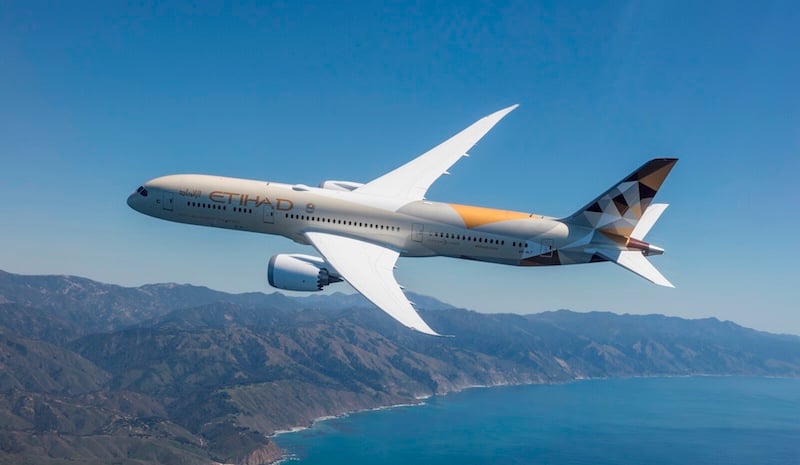 Abu Dhabi-based Etihad Airways will introduce the Boeing 787 Dreamliner on its flights to Jakarta, Indonesia, and fly the wide-body aircraft on a seasonal basis to Male, Maldives.

The airline’s two daily scheduled services from Abu Dhabi to Jakarta will be operated on a year-round basis by a two-class Boeing 787-9. An Airbus A330 currently operates the route.

Etihad’s overnight service will transition to a Dreamliner operation from October 27 and the Boeing aircraft will be introduced on the daytime service from December 14, a statement said.

The second daily service EY472 departs Abu Dhabi at 11.15am and arrives in Jakarta at 10.25pm, with the return flight EY471 leaving from Indonesian capital at 12.05am and arriving in Abu Dhabi at 5.35am.

Etihad also announced that it will operate the Boeing 787 Dreamliner on its daily morning service from Abu Dhabi to Male from October 27 to April 30, 2020.

The airline will also continue to operate a second overnight departure.

Operated using an Airbus A320, the route will operate four times a week on Mondays, Fridays, Saturdays and Sundays, but will serve as a daily between December 17, 2019 and January 9, 2020.

Etihad Airways is one of the world’s largest operators of the Boeing 787.