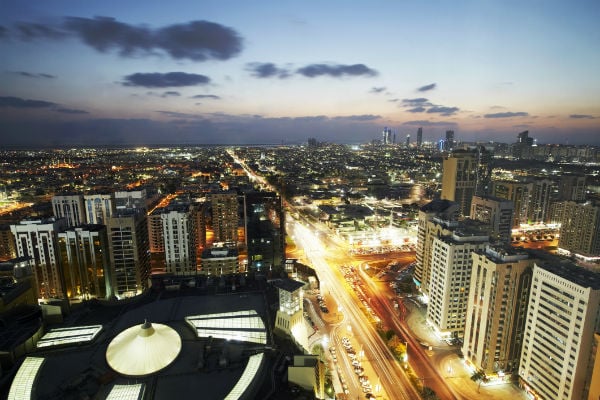 Abu Dhabi’s economy is likely to grow 3.9 per cent this year, lagging previous forecasts, but should pick up in the next few years helped by further diversification away from oil, the Department of Economic Development said on Monday.

A drop in oil production this year is expected to curb economic growth in Abu Dhabi, the largest of the seven members of the UAE. The department, in an inaugural report on Abu Dhabi’s development outlook, said the government should keep spending to support growth although it said the focus of spending was shifting to social projects.

Abu Dhabi accounts for 65 per cent of UAE economic output and almost all of its oil production.

The department forecast economic growth would accelerate to average 5.7 per cent annually in 2013-2016.

Non-oil gross domestic product would rise 5.5 per cent this year, accelerating to an average of 6.5 per cent in the 2013-2016 period on a projected increase in private sector investment.

“The non-oil sector will be the prime driver (of growth from 2012 onwards) with investments in industry, tourism, infrastructure and others. The oil sector will also contribute to the GDP,” Mohamed Omar Abdulla, undersecretary at the department, told reporters.

“With the diversification going on, the contribution of the non-oil sector should be greater than oil,” he said, without saying when non-oil output would overtake the oil sector.

Abu Dhabi does not regularly release inflation-adjusted GDP data, but Abdulla estimated last October that the emirate’s economy would expand about 4.5 per cent in 2011 and 4.5-5 per cent in 2012.

“Spending has been directed to very important areas like education, health and infrastructure, so mainly these three areas,” Abdulla told a news conference on the report.

He did not say what level of government expenditure – a key driver of the emirate’s economic growth – was projected for 2012.

The UAE has not been hit by the social unrest seen elsewhere in the Middle East in the past year, but it has raised public spending to avert tensions. It has a cradle-to-grave welfare system and its per capita income of $48,200 is one of the highest in the world.

Government spending in Abu Dhabi jumped 21 per cent last year to an estimated Dhs314.7bn ($86bn), while revenues shot up 46 per cent to Dhs280.9bn, a report by the International Monetary Fund based on government figures showed in June.

The coastal desert emirate of some 2 million people, which accounts for around 78 per cent of overall spending in the UAE and is home to one of the world’s largest sovereign wealth funds, does not publish its yearly budget plans and outcomes.

Analysts polled by Reuters in July forecast economic expansion in the UAE, the world’s No. 3 oil exporter, to slow to 3.2 per cent in 2012 from 4.2 per cent last year due to the impact of weak global growth and lower oil production that was boosted in 2011 due to a civil war in Libya.