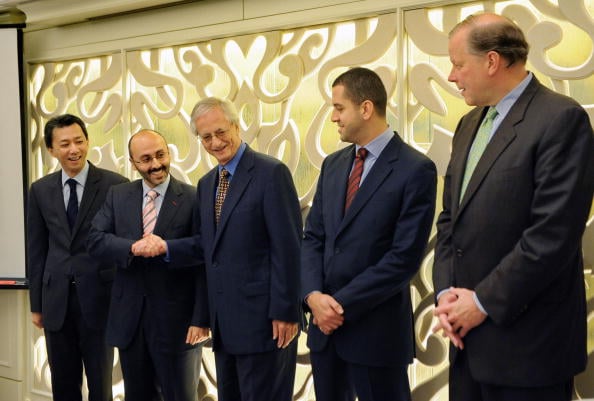 “We have received commitments from Mubadala for an additional $9-10 billion for expansion of our facility in New York,” ATIC Chief Executive Ibrahim Ajami told Reuters.

ATIC, which expects to be profitable by 2015, also plans to invest in GlobalFoundries’ chip manufacturing facilities in Germany and Singapore, Ajami said, without elaborating.

The Saratoga County, New York factory, which started operations in 2012, has the capacity to produce 300 mm wafers at about 60,000 a month. The wafers are used to make integrated circuits, which are at the heart of all electronic devices.

ATIC wants to expand the factory to produce advanced chips with features measuring 20 and 14 nanometers, or a billionth of a meter, which will be growth areas in the next three to four years, Ajami said.

TSMC plans to invest $17 billion in new facilities in southern Taiwan, where it will make 20 nm chips.

Growth rates are in the high single-digits for the semiconductor industry, which has been hit by falling demand for personal computers as people switch to mobile devices such as tablets, Ajami said.

But chip manufacturers will continue to grow at a double-digit pace as more firms outsource production to companies like GlobalFoundries, he said.

Reacting to the slowdown in its core PC chip business, Intel Corp recently said it plans to expand its small contract manufacturing business and offer customers access to its chip factories, which are the world’s most advanced.

“It is competitive but lots of segments are demanding more and more digital circuits such as automobiles, mobiles and electronics,” Ajami said.

Plans to build a wafer fabrication plant in Abu Dhabi to make items such as light-emitting diodes (LEDs) and computer processors, were put on hold in 2011 due to tough market conditions.

But the company continues to invest in the oil-rich emirate, especially in research, development and training, Ajami said.

Abu Dhabi, the capital of the United Arab Emirates, is investing billions of dollars in industry, tourism and infrastructure to diversify its economy away from oil.