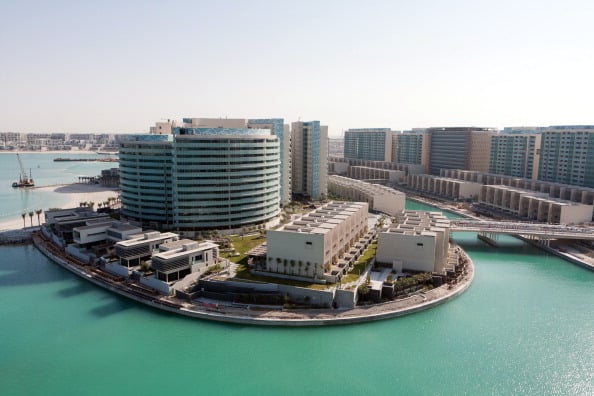 Aldar Properties plans to spend up to Dhs4 billion ($1.08 billion) in the short-term, its chief financial officer said on Thursday, after Abu Dhabi’s largest property developer reported a 41 per cent jump in third-quarter profit.

Aldar is working on 23 development projects in Abu Dhabi and is focused on completion of existing projects, Greg Fewer said in a conference call with journalists.

“Our overall capital expenditure guidance is around Dhs4 billion still required to finish existing projects… to spend over the next 15 to 18 months,” he said.

The builder of Abu Dhabi’s Formula One race circuit made a profit of Dhs584 million ($159 million) in the three months ending September 30, up from 413 million, it said in a statement on the bourse.

The profit was ahead of analysts forecasts. SICO Bahrain and HSBC had expected Aldar to make quarterly profit of 382.6 million and 441.9 million, respectively.

Recurring revenues of 526 million were up 12 per cent while revenues rose 17 per cent to Dhs1.37 billion.

Revenue was also buoyed by the handover of units and Yas Mall which is 98 per cent leased and due for opening next week.

Aldar, majority-owned by the emirate’s government, was rescued by a $10 billion state bailout in 2010 following a market crash, but is rebounding following a merger with rival Sorouh Real Estate and a recovery in the United Arab Emirates’ property market.