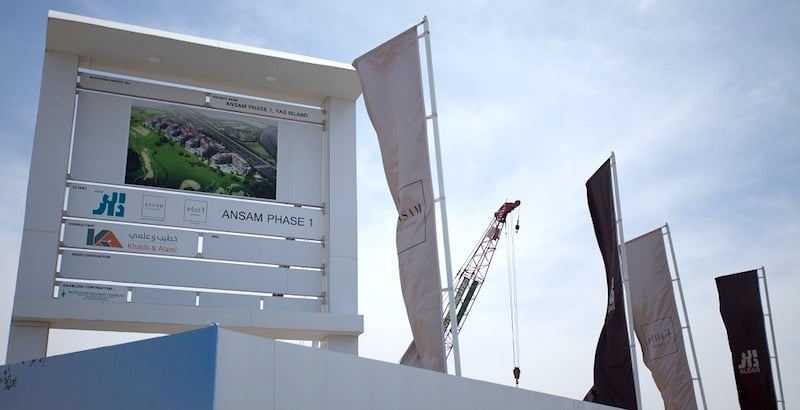 It is currently the only residential development on Yas Island that is available for purchase by expatriates, Aldar said.

All the units were sold out on the first day of launch in June 2014 and will be handed over to owners in 2017, a statement added.

Mohammad Al Mubarak, CEO at Aldar said: “This groundbreaking… also marks the start of construction of our next development pipeline, which will see us launch a significant number of residential units over the next five years.”

Abu Dhabi’s residential sales market is expected to stabilise this year, since it is strongly linked to economic growth and investor sentiment and consequently is sensitive to the recent decline in oil prices and equities markets, consultant JLL said in a recent report.

The emirate’s prime residential sales market grew at an average of 25 per cent in both 2013 and 2014.

“The stabilisation of sales prices signifies that some of the excessive heat has now been removed from the market,” said David Dudley, regional director and head of Abu Dhabi Office at JLL MENA.

“We do not however anticipate a significant decline in prime residential prices due to the relative shortage of availability of quality product,” he added.