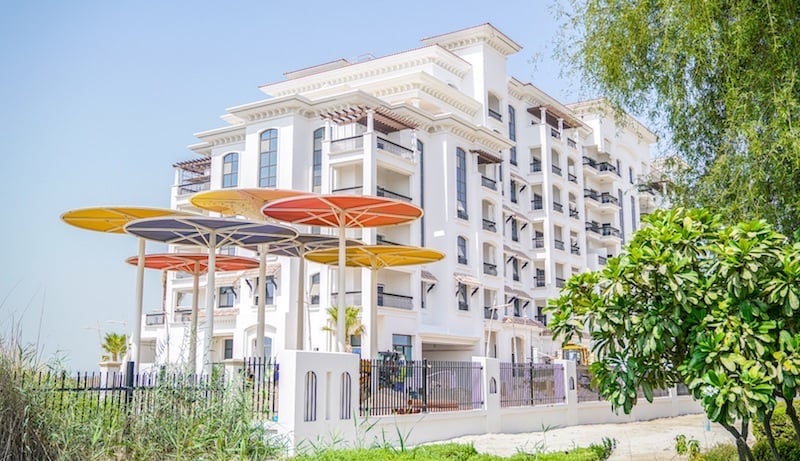 Abu Dhabi developer Aldar Properties has confirmed that it will hand over two of its new projects – Ansam and Al Hadeel, before the end of this year.

Located on the west side of Yas Island, Andalusian-style apartment development Ansam will be handed over to customers in December, the company said in a statement.

External work is complete with landscaping due to commence this month while internal final fit-outs are nearing completion, Aldar said. All the units were sold out on the first day of launch in June 2014.

The developer also confirmed that its Al Hadeel project, located on Al Raha Beach, is nearing completion with handover to customers expected in December.

Launched in 2014 and completely sold out, the project includes 223 apartments, townhouses and duplexes. Facade work is complete and final fit-out and landscaping are entering final stages of completion.

In terms of its Aldar’s other projects, work is progressing on Nareel Island – located on the coast next to Al Bateen. Infrastructure works are ongoing with road works nearing completion.

Al Merief in Khalifa City is also being readied for handover with infrastructure work and roadworks at various stages of completion. The project is expected to be handed over in Q1 2018.

On Reem Island, the main contract has been awarded for The Bridges, a six-building, 1,272-home development that was launched in April 2016 and sold out within three weeks. Piling works will commence this month.

Also on Reem Island, work is progressing on mid-market project Meera. Construction work is going on schedule, with the superstructure complete for both buildings, and cladding work underway, the developer said.

On Yas Island, villa construction is underway at Yas Acres, Aldar’s flagship golf and waterfront villa and townhouse development. The Dhs6bn project, located on the northern part of Yas Island, was launched in April last year. It will add 1,315 villas to the emirate when complete and is expected to be home to 15,000 residents.

Construction has also commenced for the services supporting the main roads within the development.

The majority of villas at West Yas, Aldar’s first villa community on Yas Island, are also structurally complete with remaining construction and other works progressing on schedule. Over 300 villas are in the final fix stage ahead of being handed over to customers, Aldar said.

At Mayan, the company’s luxury golf and waterfront apartment development set alongside Yas Links Golf Club and Yas Beach, foundation works are now complete, and the main contractor has commenced with construction.