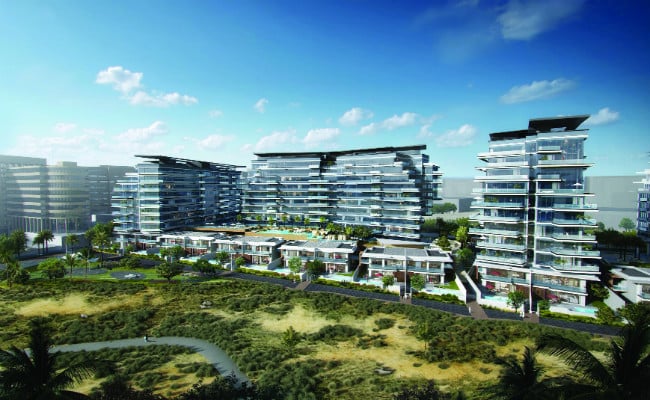 The contract will cover the construction of five 11-floor buildings comprising 512 units.

These will range from studios, to one-, two-, three- and four-bedroom apartments as well as 19 beachfront villas.

“As a community of luxury residences in one of the most exciting locations in Abu Dhabi, Mayan caters to the high demand for Yas Island. Mayan offers a world-class living experience that will add to the available amenities in the surrounding area,” said Talal Al Dhiyebi, chief development officer at Aldar.

Early works for the project were awarded in November last year.

The start of main construction work at Mayan comes as the developer expects a tougher year in the Abu Dhabi property market.

Aldar’s fourth quarter 2016 profit was almost flat at Dhs727.9m, compared to Dhs 734.6m a year earlier and the company said it expected lower sales this year as tough conditions in the UAE capital continue to impact the property market.

Property site Bayut.com said that there was an 8 per cent decline in the average Abu Dhabi apartment rent in February.

Read: Dubai apartment rents up but Abu Dhabi’s down significantly in Feb