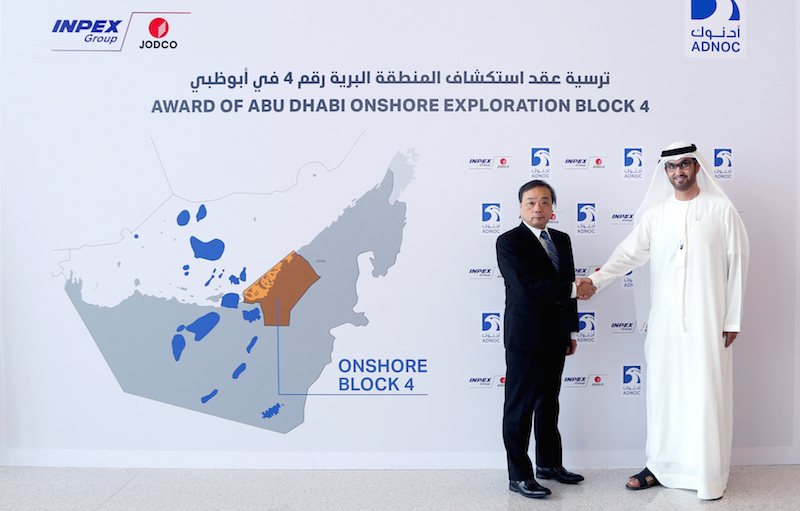 A wholly-owned INPEX subsidiary, JODCO Exploration Limited, will hold and manage the interest in the concession on behalf of INPEX.

The award is the latest of blocks offered in April 2018 in Abu Dhabi’s first ever competitive exploration and licensing round.

In January, ADNOC awarded the Offshore 1 and Offshore 2 exploration blocks to a consortium led by Italian oil major Eni and Thailand’s PTTEP.