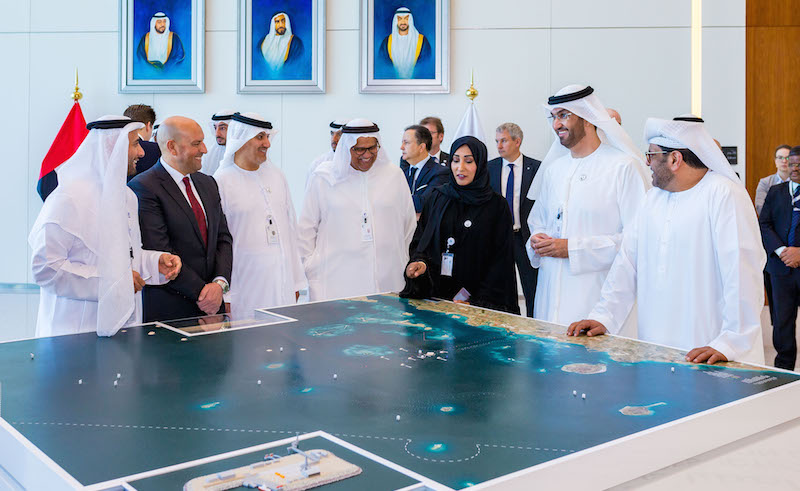 The contract has been awarded to the UAE’s National Marine Dredging Company (NMDC).

Under the terms of the contract, NMDC will construct 10 new artificial islands and two causeways, as well as expand an existing island, Al Ghaf.

The project is expected to take 38 months to complete and will provide the infrastructure required to further develop, drill and produce gas from the sour gas fields in the Ghasha Concession.

At peak construction, the project is expected to employ over 3,500 people, a statement said. 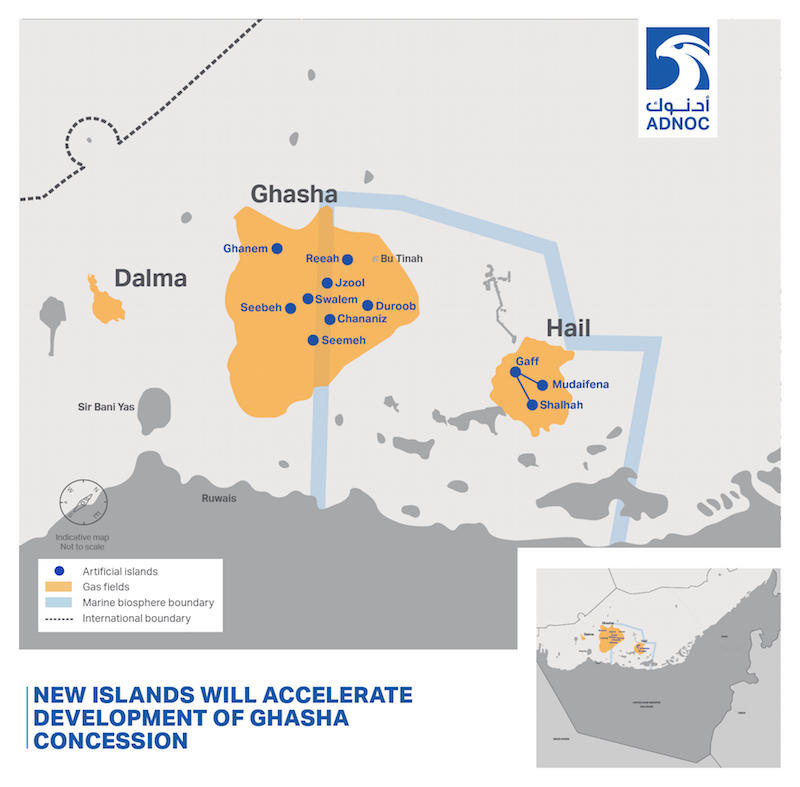 As part of the selection criteria for the contract, ADNOC said it considered the extent to which bidders would maximize ‘in-country value’ in the delivery of the project.

The successful bid by NMDC prioritised UAE sources for materials, as well as the use of mostly local suppliers, manufacturers and workforce, resulting in a total local spend of over Dhs3.62bn(almost $1bn). NMDC will also work with international partners to deliver the project.

ADNOC also said it has worked in partnership with the Environment Agency-Abu Dhabi (EAD) to ensure that the oil and gas development project, including artificial islands, is sustainable – both for the environment and the people.

This included conducting one of the largest marine environmental baseline surveys in the UAE’s history in order to assess the marine life in the area and understand any potential impact.

“The use of artificial islands will also eliminate the need to dredge over 100 locations for wells and provide additional habitats for marine life,” it added.

ADNOC developed four artificial islands for the Upper Zakum expansion project – the second-largest offshore oil field and the fourth-largest oilfield in the world.

“As one of the world’s largest sour gas projects it will make a significant contribution to the UAE’s objective to become gas self-sufficient and transition to a potential net gas exporter.”

ADNOC recently awarded stakes in the Ghasha Concession to Italy’s Eni (25 per cent), Germany’s Wintershall (10 per cent) and Austria’s OMV (5 per cent).