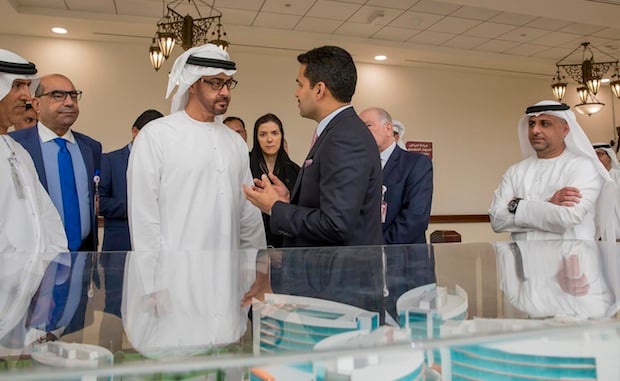 Residents in the UAE holding the Thiqa medical insurance card will now be completely covered when visiting a private healthcare facility in Abu Dhabi.

The Thiqa scheme was set up in 2007 and offers health insurance for UAE nationals. The initiative is delivered through a network of partner providers with the National Health Insurance Company – Daman, managing the programme on behalf of the government.

The 20 per cent co-payment was introduced in June last year, but was waived in January for three long-term care centres in Abu Dhabi and Al Ain.

Sheikh Mohamed, whose statement came during a visit to the Burjeel Hospital, stressed that the private healthcare sector should play a larger role in transforming Abu Dhabi’s healthcare ecosystem.

Sheikh Mohamed was also provided an update on the upcoming Burjeel Medical City, which will focus on ultra-specialised domains like oncology and include an advanced imaging department, an emergency department, operating theatres and associated critical care area, a rehabilitation centre with prosthetics and orthotics services, outpatient clinics, and a retail area.

During his visit, Sheikh Mohamed also issued directives to set up a specialised medical college and build a specialised healthcare city that would help Abu Dhabi become a regional destination for healthcare services and medical tourism.

Abu Dhabi is focussing on the medical tourism industry and the Health Authority – Abu Dhabi (Haad) and the Abu Dhabi Tourism & Culture Authority (TCA Abu Dhabi) and signed an agreement at the Arabian Travel Market in Dubai this week to set up a medical tourism network to cater to overseas patients, particularly those from Russia, ­China and India.