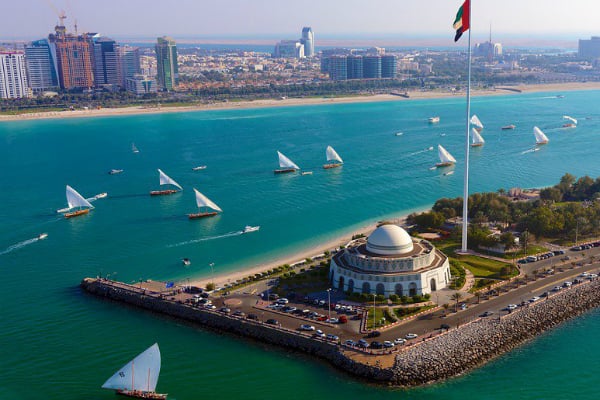 Abu Dhabi has updated its ‘green list’ of destinations to 35 in total, according to the latest update issued by the Department of Culture and Tourism – Abu Dhabi (DCT).

Effective from Tuesday, July 13, a total of 12 countries have been added to the list including: Albania, Armenia, Belgium, Canada, France, Ireland, Jordan, Netherlands, Romania, Seychelles, Turkmenistan and Vatican City.

Meanwhile eight countries have been removed from the list, including: Bhutan, Brunei, Finland, Japan, Morocco, Portugal, Spain and Uzbekistan.

The previous update included 31 countries in the green list.

Passengers arriving from the ‘green list’ destinations are exempt from mandatory quarantine measures after landing in Abu Dhabi and will only be required to undergo PCR testing upon arrival at Abu Dhabi airport, as well as another PCR test on day six.

Unvaccinated travellers arriving from these countries are also exempt from mandatory quarantine, but will also need to undergo PCR testing on arrival, as well as two further PCR tests on days six and 12.

The list also only applies to countries passengers are arriving from rather than citizenship.

Travellers from outside the ‘green’ list can still travel into Abu Dhabi, but are required to quarantine.

Meanwhile, fully vaccinated travellers (final dose received at least 28 days before travel) will also not be required to quarantine when travelling between Abu Dhabi and the following countries:

Countries, regions, and territories included within the ‘green list’ will be regularly updated based on international development, DCT said. Inclusion in the list is subject to “strict criteria of health and safety”.

DCT Abu Dhabi will also continue to issue updates on the list and overall travel status in the coming months.