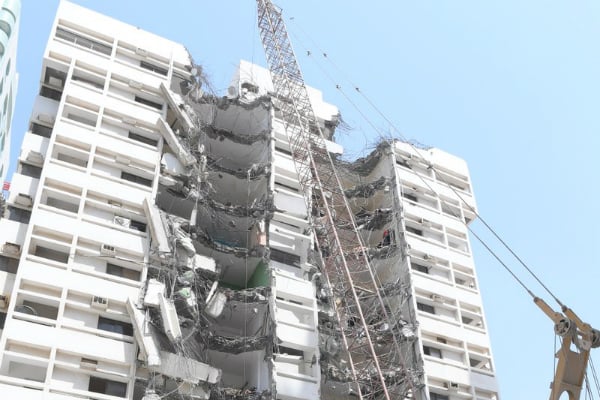 Abu Dhabi Municipality on Monday announced the start of demolition work at a 13-storey tower in Al Zahya deemed unfit for occupation.

The demolition came about after residents felt strange vibrations, which an inspection by municipality engineers revealed was caused by crumbling pillars in the core structure.

The building was evacuated with the help of civil defence officials and cordoned off.

Temporary reinforcement moulds were installed to prevent a sudden collapse during the demolition process and allow residents to remove their belongings along with any gas cylinders and other flammable materials. 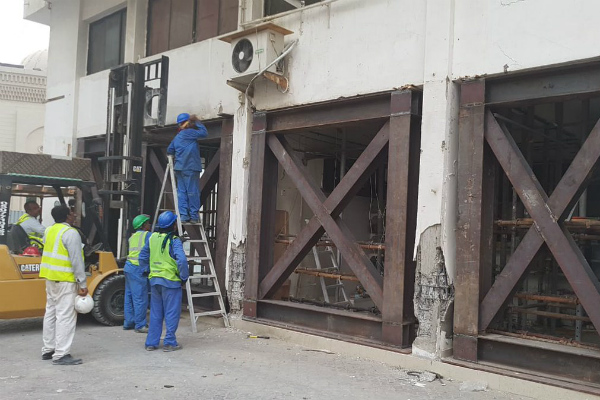 A new building works law will come into force in January that will force owners to take care of a building’s structure and external appearance and confirm with the Abu Dhabi Building Code.

“All owners and managers of buildings and property units are urged to give more attention to the periodic maintenance of buildings as it plays a vital role in fulfilling the security and safety needs of residents,” the municipality said.