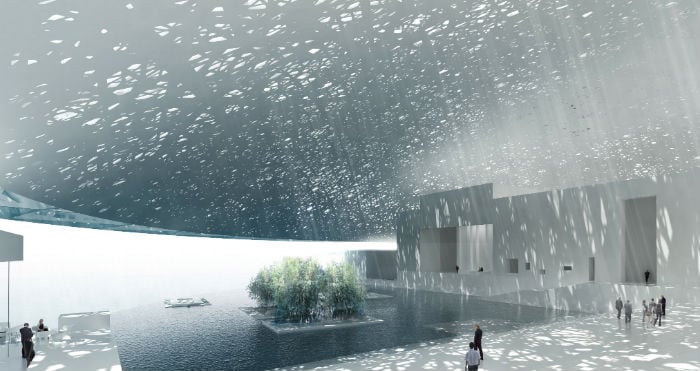 Abu Dhabi has awarded a $653 million contract to build a branch of France’s Louvre museum, signalling the emirate is again moving ahead with flamboyant development projects after a pause prompted by the global economic crisis.

Arabtec Holdings, a big construction firm headquartered in neighbouring Dubai, said on Tuesday it had been awarded the Dhs2.4 billion contract by the Abu Dhabi government. Construction is due to finish in 2015.

Abu Dhabi plans to build three iconic museums near its downtown area as part of a drive to develop itself as a top tourism destination and diversify its economy beyond oil. The other two museums are a branch of the Guggenheim of the United States, and the Zayed National Museum.

These projects and a number of others were postponed as Abu Dhabi reviewed its economic condition last year in the wake of the crisis. A property market crash in the emirate has slashed real estate prices by over 50 per cent in the past several years.

But because of large fiscal reserves built up through its oil exports, Abu Dhabi has ridden out the crisis comfortably. Following the review, big development projects are proceeding once again, though at a more conservative pace.

The plan for the Abu Dhabi Louvre calls for “a complex of pavilions, plazas, alleyways and canals, evoking the image of a city floating on the sea”. Hovering over the complex will be a 180-metre (590-foot) dome inspired by traditional Arabic architecture.

The museum will contain archaeological artefacts and works of art from a wide range of periods and cultures. During its first 10 years, the Louvre in Paris and other French museums are to lend works to the museum, with loans diminishing as Abu Dhabi builds up its own collection.

Originally, all three of the Abu Dhabi museums were to be built between 2013 and 2014. The Guggenheim is now slated for 2017 and the Zayed National Museum for 2016.