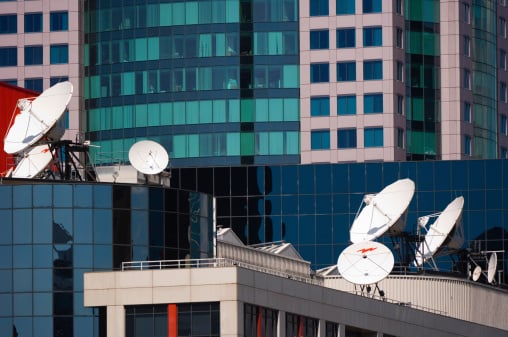 Abu Dhabi’s municipality has said that it will begin a strict crack down on the illegal use of satellite dishes and cable extensions on balconies in residential areas, state news agency WAM said.

Authorities said that failure to comply with official laws will result in a penalty of Dhs2000.

Abu Dhabi has an existing law that prohibits more than four satellite dishes on rooftops or any on balconies, walls or garden fences. However, the emirate has not strictly enforced the law till date.

The crackdown on satellite dishes is a part of the government’s efforts to maintain the aesthetic appearance of the city, a senior official said.

“Those who fail to remove these devices and pay the fine will be referred to the public prosecution,” Saeed Al Hajeri, director of mobile inspection at the municipality, told local TV news station Abu Dhabi TV.

He also clarified that landlords can have up to four satellite dishes, which can be connected to a central antenna system to serve the needs of the residents.

Despite the growth of online streaming in the region, the UAE still has a dedicated television audience.

According to a survey conducted by TNS Global last year, the UAE has one of the highest percentage of television viewers in the world, making the industry ripe for pay TV providers.

The TNS poll showed that more than 89 per cent of women in the country watch TV regularly while 84 per cent of men admitted to being glued to their TV sets.

Among the emirates, Abu Dhabi had the highest rate of regular television audience at 91 per cent while Sharjah had the second highest at 86 per cent.

The growing TV audience has also fed the television advertising industry in the region.

A recent survey by PwC showed that TV advertising in the Middle East is rapidly growing with a compound annual growth rate of 12.1 per cent, supported by a 7.6 per cent growth in pay TV subscriptions.