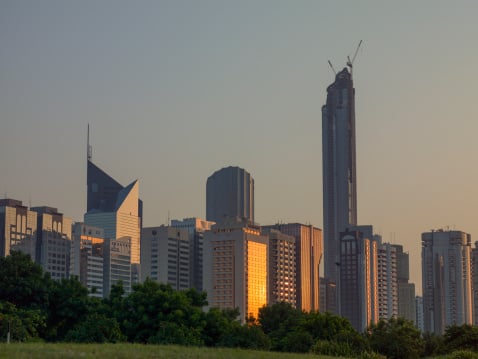 Abu Dhabi’s ruler has issued a decree to regulate and improve transparency in the emirate’s real estate sector, requiring brokers and developers to be licensed and introducing rules to protect buyers of projects that are not yet completed.

Sheikh Khalifa bin Zayed al-Nahyan, who is also president of the United Arab Emirates (UAE), said Abu Dhabi would bring in rules governing property advertising and marketing and a means for complaints to be submitted and resolved, according to a statement on official news agency WAM.

Residential prices across the UAE capital’s freehold markets rose about 24 per cent in 2014 after an increase of 31 per cent in 2013, consultants Cluttons estimated in April, predicting the oil price slump was likely to cool the property market this year.

According to the decree, all real estate developments must be registered with the government along with sales transactions listing the buyer, although it did not specify when the new rules would come into force.

Developments cannot be promoted or sold until they receive government approval, the decree said.

For unfinished projects, payments by buyers will be held in a separate, ring-fenced account, while brokers will not be allowed to represent more than one party in a single transaction.