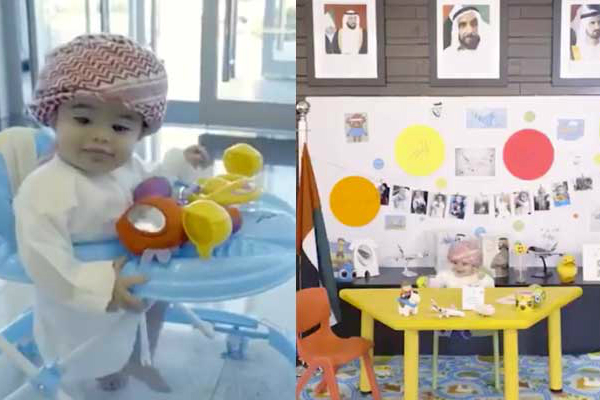 Abu Dhabi’s Public Prosecution Office has summoned a government official to “clarify” a video posted on social media suggesting an eight-month old baby had been employed as a ‘happiness executive’.

The child, who is understood to be the son of a GCAA employee, was seen greeting the authority’s director general, attending meetings and signing documents.

Gulf News reported he had been going to the organisation’s office every day during official work hours to put a smile on workers’ faces.

The video has now been removed from social media.

The general prosecution said the footage “indicates that the baby has been appointed in an ‘entertainment’ position and it sees the need to, ‘investigate the case with the concerned authority’,” according to WAM.