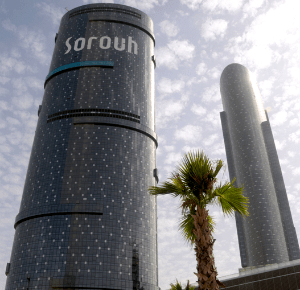 Shareholders of Abu Dhabi state-linked firms Aldar Properties and Sorouh Real Estate will vote on the proposed merger next month and the deal is expected to be completed by end-June, the companies said in a joint statement.

The state-backed tie-up, aimed at reviving the emirate’s battered real estate sector, creates the second-largest listed property firm in the United Arab Emirates and one of the biggest in the Middle East.

Both the companies will hold an extraordinary general meeting of shareholders to vote on the proposed merger on Feb 21, Aldar said in a filing to Abu Dhabi bourse Monday.

The property firms said that the effective date for the merger was set for June 30 when new Aldar shares would be issued to Sorouh shareholders.

Under the merger proposal, Sorouh shareholders will get 1.288 Aldar shares for every share they own. Sorouh will be dissolved and delisted from the local bourse once the merger is completed. The deal is subject to shareholder approval.

Shares of Sorouh would be suspended on June 23, the statement said.

Sorouh shareholders will get a premium of 16.9 per cent, Abubaker Seddiq al-Khouri, Sorouh’s managing director and the proposed chairman of the new business had said during the merger announcement.

The Abu Dhabi government will own a 37-per cent stake in the new firm and will also pay Sorouh Dhs3.2 billion in exchange for some infrastructure assets and units in its The Gate development.

The management of the combined group, to be named Aldar Sorouh Properties, has proposed a nine-member board which includes Khouri as chairman and state-owned fund Mubadala’s head of real estate and infrastructure unit Ali Eid Al Mheiri as vice chairman.

Mubadala will be the single largest shareholder in the combined entity with a holding of 19.15 per cent.