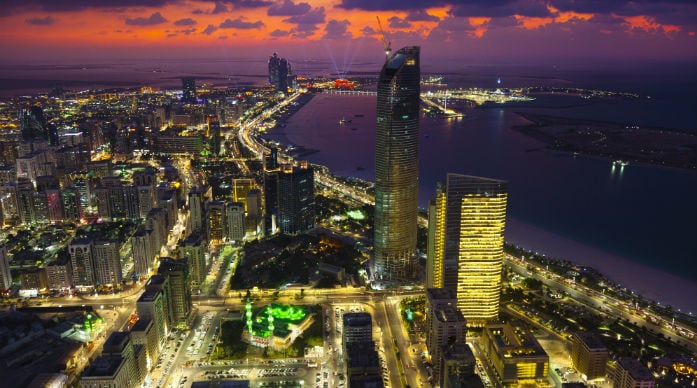 Abu Dhabi has seen “multi-faceted changes” in the last five years and is on track to achieve its aim of becoming a sustainable global city, said a senior official.

Speaking at the government summit in Dubai, Falah Al Ahbabi, head of the Abu Dhabi Urban Planning Council, said that the emirate was focusing on eco-diversity and sustainability in its long-term strategy.

“We have envisaged a lot of development in our Vision 2030. We will focus on being pioneers,” he said.

Highlighting some of the main projects underway, Al Ahbabi said that work has started on the industrial city, which is being built as a hub for local and international companies.

The first phase of the project has been completed at a cost of Dhs27 billion.
Once completely operational, it will be able to handle 15 million containers and 25 million tonnes of shipment and is expected to contribute about 15 per cent of the emirate’s non-oil GDP.

The 114-hectare Al Maryah Island, “an important backbone of Vision 2030” is expected to be the financial centre of the Abu Dhabi when it is completed, said Al Ahbabi.

The emirate’s nuclear energy plans, estimated to cost a total of Dhs91 billion, are also progressing, with the first station scheduled for completion in 2017.

Aviation company Strata, which has received contracts to start building aircraft bodies, has signed initial deals worth Dhs4.8 billion, including a partnership with Airbus to help create the planes, he said.

Cultural and entertainment centre Saadiyat island and the neighbouring Yas island will expand the scope of Abu Dhabi’s tourism when fully ready, said Al Ahbabi and together are expected to cost a total of Dhs300 billion.

Transport for all these projects will be provided by Abu Dhabi Union Railway, which will run across 1,200 km in the UAE and is estimated to cost Dhs40 billion.

Al Ahbabi also highlighted progress on the Emirati Housing project, which will provide 12,000 houses to nationals when ready.

“All the investment in infrastructure in based on long term goals. The development will be mainly undertaken with the private sector, while the government will focus on policies regarding these mega projects,” he said.

“Abu Dhabi is working hard to attain these goals,” he added.