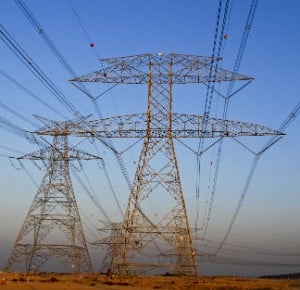 Abu Dhabi’s Shuweihat 2 independent water and power plant (IWPP) project may launch a bond by the end of September as part of a $2.2 billion refinancing plan, three sources familiar with the matter said, with a final decision on timing dependent on the issuer obtaining a credit rating.

The bond will be the first time a Gulf region power project has tapped debt capital markets for funding and a rare example of a project bond – bonds raised in support of an infrastructure project – from the Middle East.

Under the original refinancing plan, the target amount for the bond portion of the funding package was $800 million, but the final size will only be determined once the deal has launched and will depend on investor demand.

“The bond will hopefully be this month but they will need to secure the rating first, which they are in the process of doing,” said one banker with knowledge of the matter.

Any potential bond will most likely be structured as a 144a issue – open to institutional investors in the United States who are more familiar with taking on long-term debt and comfortable with the often complex structure of project bonds.

This complexity has been one of the reasons why project bond issuance from the Gulf Arab region has been limited, along with the historically-strong support from international banks, meaning finance was raised in the loan market.

Local banks have helped fill the gap left by the withdrawal of European banks from long-term lending in the region to grapple with a debt crisis in their home markets, but governments’ commitment to invest large sums in infrastructure mean other financing tools now have to be utilised.

The rest of the money for the refinancing will be covered by a loan tranche from commercial banks and a direct loan from the Japan Bank for International Cooperation (JBIC).

The bank debt has been well backed by lenders, the first source said, with the $700 million target amount oversubscribed, a second, Dubai-based banker said.

The loan will have a 17-year tenor with pricing set to start at 175 basis points over the London Interbank Offered Rate (Libor) and increase over the life of the loan to 250 bps, the second banker added.

HSBC was sole advisor on the original financing deal signed in 2009. That loan priced in the aftermath of the global financial crisis and is now considered expensive, with the margin set at 260 bps rising to 350 bps.