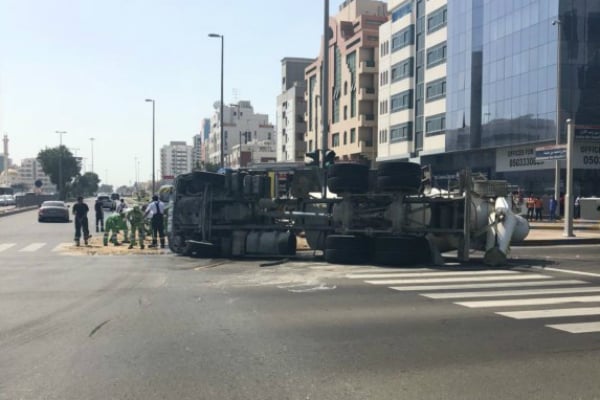 Abu Dhabi Police has renewed calls for truck drivers to pay attention to safety instructions after a cement mixer overturned in the capital on Wednesday.

Images of the incident showed the vehicle overturned at a busy Al-Moroor Street junction.

The director of the police force’s traffic department, brigadier Mohammed Dahi Al Humairi, said the vehicle was overloaded and turned too fast resulting in collisions and the obstruction of traffic. 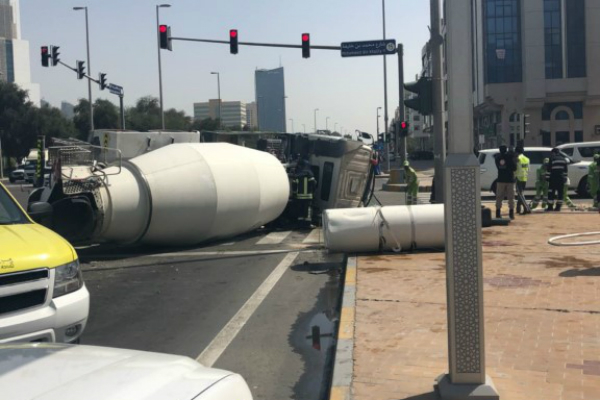 Traffic flow was returned to normal in a “timely manner”.

It also sent letter to motorists urging them to pay attention to heavy vehicles.